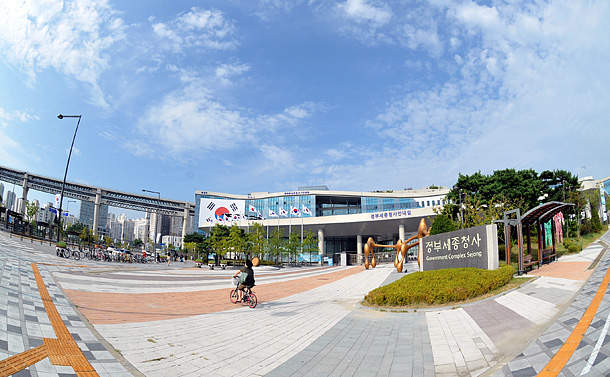 Four years after key ministries moved to the southern city of Sejong, it seems public servants there are losing their competitive edge.

Located 120 kilometers (74.5 miles) south of Seoul, Sejong City is the country’s administrative center, created in 2012 as the new home for 36 ministries and government agencies and 10,452 civil servants.

The government spent 58.4 million won ($53,447) a day from January to June last year for public servants in Sejong to travel to Seoul to attend business meetings. According to the Office of the Government Policy Coordination under the Prime Minister’s Office, a total of 10.659 billion won of tax money was spent for Sejong public servants’ travel expenses during that period.

While most of the ministries and government offices were relocated to Sejong, meetings are often still held in Seoul, including important consultations with the National Assembly.

“When the legislature is in session, long road trips become a daily routine,” said a director from the Fair Trade Commission. It takes about four hours to travel from Sejong to Seoul. “Sometimes, the schedule gets interrupted. Once, I was waiting in Seoul for my turn and then the meeting got canceled. I headed back to Sejong, but I was informed while on the train that the meeting was back on. I got out at the next stop to return to Seoul.”

“Some public servants doze off during policy meetings with the ruling party,” another official said. “It’s exhausting to prepare for a meeting and then travel. Effective administrative service is impossible.”

Deputy Prime Minister for Economy and Finance Minister Yoo Il-ho spent four out of five weekdays in Seoul last week. On Aug. 9, he made a statement on the supplementary budget and attended the next day a discussion session for regulation-free zones at the National Assembly.

On Thursday, he attended an emergency meeting with the ruling party to offer discounts on electricity bills for the summertime; he attended the cabinet meeting at the Blue House on Friday.

“Because it takes a long time to travel, we don’t have time to sit down and seriously discuss an issue,” said a public servant. “Ministries hold video conferences, but it is clearly different from having face-to-face discussions.”

Senior officials, including directors, are mostly traveling from Sejong to Seoul to attend the meetings, but they do not necessarily spend the entire time in Seoul on the job.

“I once spotted a director from a ministry in Sejong leaving an indoor golf range near Seoul Station last year during regular working hours,” said Rep. Kwon Sok-chang of the Saenuri Party, former official of the Ministry of Land, Infrastructure, and Transport.

“Senior officials spend probably 30 minutes each on consultations at the National Assembly,” another public servant-turned-lawmaker said on the condition of anonymity. “The rest is free time. After they finish briefing lawmakers, they spend time at cafes near the legislature.

“After meetings, they are supposed to work at the Smart Work Center inside the National Assembly building, but the place is like a crammed library. Directors do not often sit next to rank-and-file public servants to do their work.”

When the bosses are in Seoul, the government complex in Sejong also becomes a heaven of public servants without heavy workloads, supervision and overtime.

“It is safe to say that directors are in Seoul on Mondays and Fridays,” said an official from the Ministry of Trade, Industry and Energy. “Fridays become so relaxed.”

“High-ranking officials are apathetic, while rank-and-file officials are confined to the remote island called Sejong,” said Rep. Kwon. “I wonder how these untrained public servants will show leadership if we face a situation such as another foreign exchange crisis.”

Also, the long-held tradition of mentor-mentee relationships, starting from the directors of bureaus to heads of divisions and then their deputies, has become ruined by the top officials’ absences.

“Directors are supposed to train their juniors and review their reports, but it became impossible,” said a director of the Ministry of Strategy and Finance.

This has led to the creation of poor policies or the announcement of outdated or recycled policies, he said.

Furthermore, public servants in Sejong have increasingly lost their sense of reality; as they only contact people who visit the city for their own interests, their views were biased or outdated.

“You can learn about the real issues when you meet the people [who are not public servants] during lunch or after work,” said Rep. Choo Kyung-ho of the Saenuri Party, who worked in the government for decades. “But in Sejong, you lose that opportunity, and it became increasingly difficult to reflect on the reality behind policies.”

“In the case of the Ministry of Culture, Sports and Tourism, there is no tourist hotel or a cultural event agency in Sejong,” said Lim Suhng-bin, a public administration professor at Myongji University. “How can you feel the real issues in Sejong? The Sejong officials are rapidly losing their sense of reality.”

Critics have said public servants are becoming defensive and failing to act aggressively in order to create and implement policies.

Officials, however, say it is wrong to criticize them because their room to maneuver has been largely reduced in the opposition-controlled National Assembly.

“Even when the ruling party was the majority, it was hard to pass a bill,” said a finance ministry official. “In order to avoid unnecessary attacks at the National Assembly, we should stay as defensive as possible.”

The latest example came last week, when the lawmakers acted first to introduce the discount on the snowballing household electricity bills during the unusually hot summer.