‘Affordable Art Fair’ will return to Seoul in Sept.

‘Affordable Art Fair’ will return to Seoul in Sept. 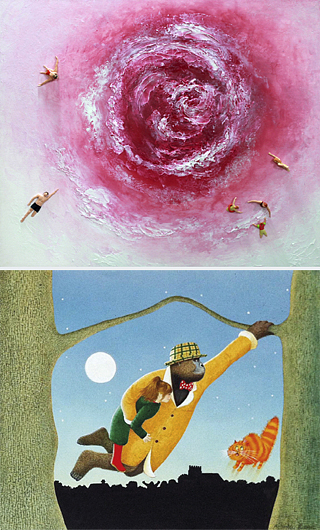 Korean artist Jo Youmi’s “Sensibility,” top, and a piece by famous British illustrator Anthony Browne, above, are among the art pieces to be presented at the 2016 Affordable Art Fair Seoul next month. [AFFORDABLE ART FAIR SEOUL]

The second Korean edition of the London-based Affordable Art Fair will take place next month. The three-day market for non-millionaire art collectors or those looking for obscure artists with potential kicks off on Sept. 9 at the Dongdaemun Design Plaza in central Seoul.

Among this year’s important guests is Daisuke Miyatsu, the famous Japanese collector and author of “A Salaryman Who Became an Art Collector,” who will give three lectures. Renowned Korean photographer Kim Jung-man will also speak.

Seventy-five galleries from 15 countries will offer works of art for under 10 million won ($8,500) apiece.

Details were unveiled by Kim Yulhee, director of the Affordable Art Fair Seoul, last week at the Shilla Seoul hotel in central Seoul. She said the 2015 fair - the first held in Korea - attracted 14,000 visitors who spent 1.4 billion won ($1.27 million) on art.

“It was short of our expectations but not bad,” she said. “In particular, the fair’s Art 100: Art Home show, which offered pieces of art for under 1 million won with guidance about how to display them at home, recorded a sellout.

“We will hold the show’s second edition in this year’s fair,” she added.

The fair was founded in London in 1999 by Will Ramsay to sell works by relatively unknown artists at affordable prices. The fair has now spread to 14 cities including Amsterdam and New York.