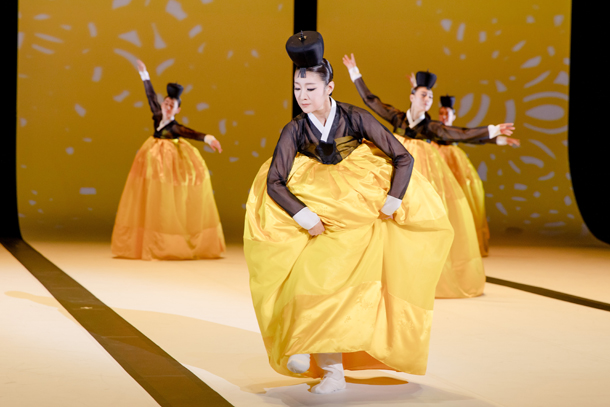 “Scent of Ink,” a piece of traditional Korean dance that includes modern touches, will be staged at the National Theater of Korea in October by the National Dance Company of Korea. See TRADITIONAL PERFORMANCE, below. [NATIONAL THEATER OF KOREA]

The group performs the four seasons. It’s traditional dance, but the company adds modern elements to counter the impression that old is inherently stuffy or antiquated.

Friday: Seoul Philharmonic Orchestra will perform for the official opening of the Lotte Concert Hall inside Lotte World Mall.

Lotte Concert Hall is designed in the so-called vineyard style, allowing audience members to get the same resonance wherever they’re sitting.

Aug. 25 and 27: Mahler’s Symphony No. 8 is a massive undertaking - the scale has lent it the nickname “Symphony of a Thousand” - and it’s rarely performed in Korea. But for two shows, 1,000 musicians and 860 choir singers will take it on under conductor Lim Heon-jeong.

Lim, who is the artistic director and conductor of the Korean Symphony Orchestra, is the only conductor who has directed the piece twice in Korea.

Sept. 2-4: Korea’s queen is back to entertain fans with three days of concerts. Lee Sunhee debuted in 1984 with the song “To J,” which immediately became a hit. She’s now known by many as the “National Diva” or the “Queen of Female Vocalists,” and has established her name in the music industry with her impressive and emotional catalogue. She is also a songwriter, having penned many of the tracks on her later albums. 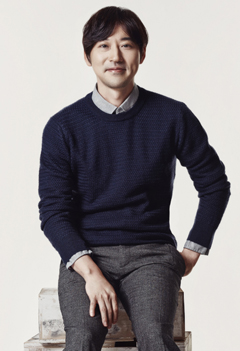 To Aug. 28: “42nd Street” is an eye-catching and glamorous American classic full of tap dancing that entertains both the eyes and ears.

Aug. 26-28: The Korean National Ballet is presenting the story of Spartacus, a Roman slave who is forced to fight as a gladiator to regain his freedom. He plans a revolt with his fellow slaves, which ends with a one-on-one duel with Crassus, who is holding Spartacus’ wife as his slave in his villa.

The piece impresses with its dynamic, deeply emotional choreography, and it has been voted by ballet fans as the most anticipated show of the season.

Sept. 2-3: This spectacle of an electronic dance music festival is taking place at Jamsil Olympic Stadium in September.

Arcadia is the only show in Seoul where audiences can experience a combination of state-of-the-art technology, dynamic performances, world-renowned DJs, powerful special effects and laser shows that light up the night sky. Beginning in Bristol, Arcadia has evolved into one of the world’s major music festivals.

With its intense energy, the event is known for featuring underground drum and bass, techno and house artists. 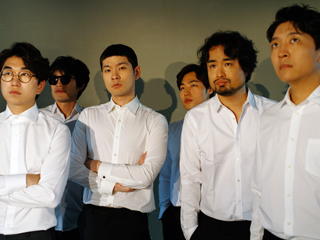 October 22 and 23: The Grand Mint Festival, which offers a combination of music and nature, is celebrating its 10th anniversary. Fifty artists will perform across four different stages, including famous indie musicians like 10cm, Daybreak, Kwank Jin-eon and Broccoli. Attendees can also participate in various attractions such as the Kids Zone or Photo Zone.

Entrance will be free for fans that have attended every year thus far, who will also receive a special gift. The festival starts at 12 p.m.