Over the three-day Liberation Day weekend, the Korea Gas Corporation (Kogas) held two emergency meetings to discuss recent cases of alleged corruption in its ranks and established a committee to rescue the company’s tainted image.

The state-run gas supplier said it held an emergency meeting on Saturday and another on Monday, resulting in a so-called innovation committee focused on preventing corruption among its employees. 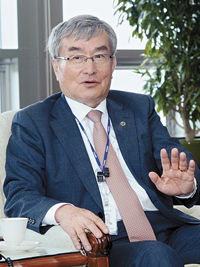 The move comes after the Board of Audit and Inspection of Korea announced on Friday that it would be investigating alleged corruption by 30 employees of Kogas. They were said to have repeatedly received favors such as free games of golf and alcohol from suppliers.

“There have recently been several cases where Kogas employees were involved in unscrupulous practices,” said Kogas CEO Lee Seung-hoon. “We deeply regret having disappointed the public and will take new steps toward becoming a public company that gains the public’s trust by innovating our institution from within and from the outside.”

According to Kogas, the committee’s role is to change the company’s personnel management system in order to create a clean and transparent corporate culture.

The committee will include six members, four from outside the company and two from within. The dean of Seoul National University Law School, Cho Hong-sik, was named head of the committee.

The third will focus on changing the company’s corporate culture.