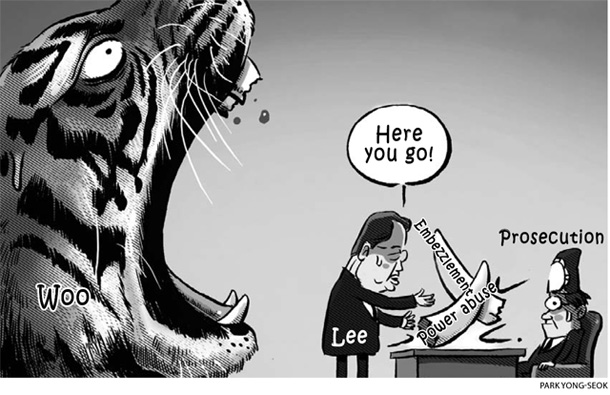 After independent Inspector General Lee Seok-su on Thursday filed two charges of embezzlement and abuse of power against Woo Byung-woo, senior presidential secretary for civil affairs, for his possible involvement in a bribery scandal and allegedly helping his son receive special treatment while serving as a conscript police officer, Woo has nearly lost his power to monitor corruption in officialdom.