Towards a real democracy

Towards a real democracy 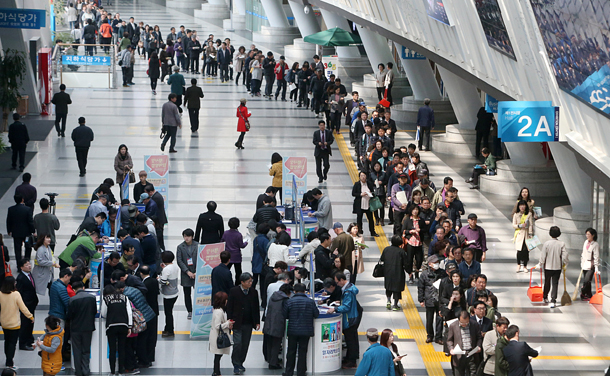 As the Republican Party and the Democratic Party selected their candidates for the U.S. presidential election in November, I watched the conventions on television. While this was a superficial observation, the commentary and reports by local experts were completely different from what I could learn in Korea indirectly. Also, how Korean Americans understood the current situations and predicted the election outcome was considerably different from what Korean mainstream media reported.

For example, let’s look at how Donald Trump is viewed. People had different personal preference depending on their party affiliations, but those with deep understandings of American politics generally advised that Korea should take the possibility of Trump’s victory into consideration and seek multilateral response plans. The driving force that allowed Trump to beat 16 established politicians, including Jeb Bush, was the deep-rooted dissatisfaction among the white middle-class Americans towards the establishment. They find satisfaction and hope from Trump’s reckless remarks and criticism of the political establishment.

Public opinion changes constantly and the popularity of politicians comes and goes easily. So it may be too soon to predict the election outcome. And the big game of the presidential election would have several ups and downs.

But no matter who wins the election, the two major parties that have been leading American politics have failed miserably. A businessman with not much political foundation has become the presidential candidate of the Republican Party, which has produced 19 presidents, including Abraham Lincoln. Bernie Sanders had little connection in the Democratic Party, but was a strong rival to Hillary Clinton to the end.

If “Occupy Wall Street” was a solemn warning to the financial industry and the capitalist system of the United States, Donald Trump and Bernie Sanders are “yellow cards” to American two-party politics and representative democracy. A survey shows that more than 70 percent of Americans think the country was going the wrong way. Americans feel estranged and furious over the festivity enjoyed by the top 0.1 percent.

Now that the economic slump has become a routine, the entire world is going the wrong way. Japan’s rightist swing and United Kingdom’s withdrawal from the European Union also show that we are on the wrong track. From the Senkaku Islands to Musudan-ri, serious tension is growing over Northeast Asia. Before the harsh reality, are we on the right path? Will the next generation be more peaceful and happier than us today?

From the establishment of the government, Korea has adopted the presidential system. We drove out dictatorial rule and fought against military regimes to make democracy work, at least on the surface. We vote for the president, and we have the option of impeachment. We succeeded in establishing democracy.

Then, why do almost all presidents leave the Blue House with failing grades? They know how to maximize discord and division to win the election but don’t know how to lead the people with dialogue and compromise for the better life for all. They don’t care about the people and fell into the trap of arrogance and self-righteousness. They neglected the duty of listening to public opinion widely and reflecting them in policies.
Political parties are not much different. The ruling party is troubled with factional discord and lost the general election. The party convention that entrusted a former presidential secretary with operations and management never had a room to include national hopes or spirit of the time. It is doubtful whether plans to resolve pending issues such as low growth or polarization could be established. When a party is stained with scandals even before the party convention is scheduled, the identity of a new party is bound to be damaged.

We cannot expect much from a government that condones corruption and illegalities and does not listen to the voices of the people. As long as reasonable opposition is framed with ideology and a few people secretly decide to give enormous sums of money to a company expected to have trillions of won in debt, a true sense of democracy, where the nation belongs to the people, is far off. These are the reasons why the young people of Korea self-deprecatingly call the country “Hell Joseon” and turn away from the government. President Park Geun-hye must listen to the voices of the people, going back to her promise to serve the people when she was still a candidate. It is the last chance for her to be reborn as people’s president.