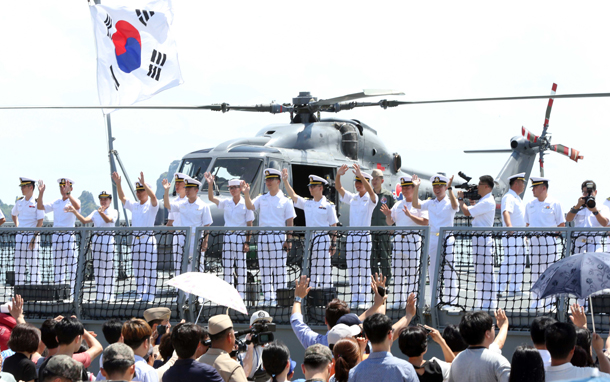 Relatives and friends see off the 4,400-ton Munmu The Great destroyer on Thursday as it departs from Busan to the Gulf of Aden with troops in the anti-piracy Cheonghae Unit. The 22nd batch of soldiers in the unit will carry out naval operations to defend Korean ships from Somali pirates until February 2017. [NEWSIS]