Why Deng wanted to see Park

Why Deng wanted to see Park 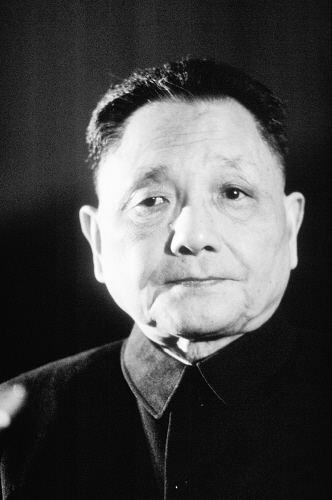 August 24 marks the 24th anniversary of the establishment of diplomatic relations between Korea and China. Although China acts today as if it is feeding Korea’s economy, it used to be a poor country seeking Korea’s help in the 1990s.

In the summer of 1992, Deng Xiaoping, the father of China’s modernization, invited Park Tae-joon, chairman of Pohang Iron and Steel Company (today’s Posco), to the state guest house in Shanghai. Park recalled that Deng visited him at midnight and talked about Korea’s enormous economic development and the leading role that Posco played in it. Deng then told Park that China wanted to build a steel mill and sought Korea’s help. The meeting lasted about 40 minutes.

Deng, who was 88 years old at the time, said, “President Park Chung-hee succeeded in Korea’s industrialization. I want to learn about Park’s philosophy of modernization.”

Park, who was 65 at the time, said he was the chief secretary to Park during the May 16 military coup. “We created a five-year economic development plan,” he told Deng.

“I went to Japan and heard from the new Nippon Steel Chairman Yoshihiro Inayama that a steel company is not built with money or technology but with men,” Deng said. “Please help us.”

“We defended the country with industrialization. We built the industrial complexes in Pohang and Gumi to deter North Korean attacks. Will China be able to continue modernization like Korea?” Park asked.

“Don’t worry about that. Even after I die, there will be no one to overturn the modernization policy. I already selected my successors one after another,” Deng said.

During the meeting, Park was choked up with emotion. During the Korean War, he advanced north to Chongjin, holding just his pistol, but was forced to evacuate from Hungnam. He felt extreme loathing toward Kim Il Sung, as the war killed so many people and ruined the country. He wanted to ask Deng why China helped Kim during the Korean War, but he could not do so.

After returning to Korea, Park offered thorough inspections of steel mills in Pohang and Gwangyang to Xie Qihua, then vice president of Baoshan Iron & Steel. She visited them over 10 times and was provided with the designs of steel mill and company regulations. Asked if he leaked the strategic technology to China, Park said, “When I built the company, I made countless visits to new Nippon Steel and meetings with President Inayama and collected all the technologies I wanted.”

Park also remembered that Deng lined up his successors — Jiang Zemin and Hu Jintao, to name a few.

I was told about the episode in 1992 while accompanying Park to Shanghai in October 2010. It was about one year before Chairman Park died. He said he agreed to keep secret about the meeting at the request of the Chinese authorities. “That was why I did not bring my secretary to the state guest house. I am talking about it for the first time after 18 years,” he said.

Deng probably needed a “personal approach” in his meeting with Park — like making an earnest appeal to Korea to transfer the steel technology that is directly related to the livelihoods of his country and his people. Deng, as well as Park, probably knew that such a technology, which accompanies soul and patriotism, cannot be bought with an agreement on a few pieces of papers. They probably agreed that making the meeting public would distort their intentions and stopped the progress, so that must have been why they remained silent.

Park may have predicted the soured Korea-China relations after 24 years of diplomacy. My notepad from six years ago earnestly recorded his admonitions: “When you deal with the Chinese people, read their intentions. Steal their hearts. Only then, you will get what you want.”

I am writing about the episode between Park and Deng — despite my promise with the late businessman to keep it secret — for two reasons.
First, I want to tell the Chinese people that their enormous economic growth would have not been possible without help from Koreans such as Park.

Deng was grateful toward Korea.

Second, I want to tell Koreans that the trouble with China can be resolved by stressing sincerity, friendship and truth.