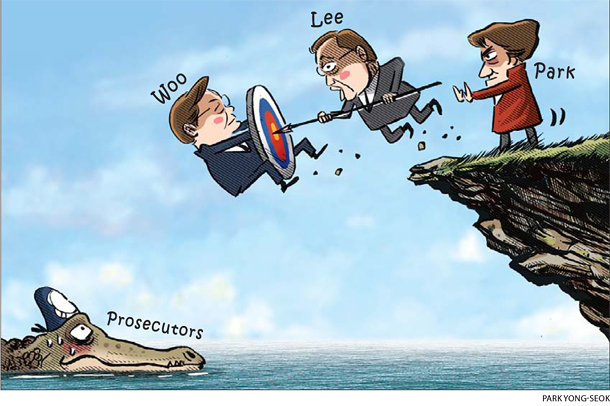 The presidential office launched an extraordinarily strong attack on Lee Seok-su, the first independent inspector general appointed by President Park Geun-hye in March 2015, for leaking some details of an investigation into Woo Byung-woo, senior civil affairs secretary to the president. Prosecutors are now forced to probe both Lee and Woo.