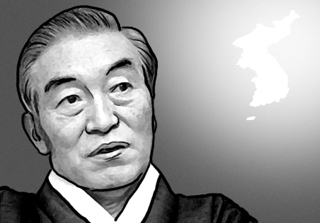 Aug. 17 marked the tenth anniversary of Rev. Kang Won-yong leaving this world. He goes down in history books as a pioneer in the ecumenical movement in post-colonial and post-war Korea and during the turbulent period of democratization and industrialization. To be a great leader in ecumenism and believer in dialogue and reconciliation is only possible if someone has a devout faith in mankind. Kang had that belief in mankind through an understanding of the limitations of human beings based on his unwavering devotion to God.

Even when he founded the Korean Christian Academy in 1965, Kang had his mind set on bringing about harmony and unity of different religions rather than the proliferation of the Christian faith. He did not merely criticize the industrialization process under our authoritarian regime, but tried to bring attention to fighting the dehumanization and polarization in the process of the country’s transformation into an industrialized society through fast economic progress. His warnings of the dangers to human dignity and discrepancies in wealth remain challenges to the country a half century into industrialization.
He was not merely a prophet of the challenges and dangers the society faced down the road, but a spiritual leader who championed action more than mere words. He did not fear standing between the extreme poles of peace and compromise. Lawyer Hahn Seung-hun, former head of the Board of Audit and Inspection, remembered him as someone who always sought a stance in the middle. Rev. Park Jong-hwa lauded him as a “creative integrationist pursuing the third or alternative way.”

It is no surprise that he supported centrist Lyuh Woon-hyung, who struggled for reunification after the division in 1945.

Of all his endeavors to pave a third way, Kang did not see the achievements he desired in the democratic labor activist movement that he was committed to since the late 1960s or the reforms in broadcasting and communication that he championed by heading a presidential advisory committee in the 1990s.

His idealistic hope to find a compromise between a democracy that valued human rights and industrialization wasn’t easy to achieve in Korea or elsewhere in the world. The democracy that came about through the 1987 constitutional reform that institutionalized direct presidential elections has had its challenges and complicated problems over the years, including issues of dehumanization and polarization in society.

In his later years, Kang would have been frustrated by these ominous signs. How did such a triumph of democracy lead to stagnancy and deficiency in dialogue and not bring us closer to the goal of creating a harmonious community?

A stifling autocracy might have stimulated universal aspirations for democracy and humanization and a sensible judgment of the intelligentsia to build the foundation for a humans-first dialogue. But when the era of authoritarian rule actually ended, the politicians and academics, as well as cultural and media leaders, that should have led enlightened discussions to create an entirely new community lost focus and traction. The 1987 democratization movement, therefore, might not have helped Kang and his Christian Academy’s campaign to establish a community of dialogue and cooperation.

The events of 1987 kicked off democracy in the country by simply institutionalizing direct elections of a single-term, five-year presidency without providing the framework of incorporating a cooperative network among the president, populace and legislature that represent the people and setting guidelines for democratic operations of political parties. As a result, the tradition of sincere dialogue between the political and intellectual and social elite waned. Polarization and fractionalization deepened as the room for dialogue became smaller and smaller upon a weak constitutional framework and the customs needed to run a democratic community and an ambiguity in the goals of democratization and humanization.

In his obituary for Kang on Aug. 21, Stephen Cardinal Kim Sou-hwan pleaded for the deceased to bless his countrymen with God in Heaven so that the people can overcome the schism between the South and North, different regions, generations, classes and ideologies. “The future of this nation is at stake from the harsh and hurtful words people exchange every day,” he said.

“The country must not be shaken. Dear Reverend, plead to the Lord to have mercy on us so that we could calmly talk out our differences and act on our words.” We must ruminate on the sincere teachings of Kang and the prayer of Cardinal Kim on this day to restore courage and the power of dialogue to combat polarization and achieve a true democracy together.