Not afraid of the people

Not afraid of the people 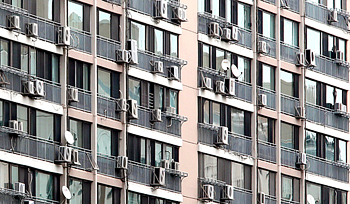 Lately, the northeastern part of the United States has been experiencing excessive heat. Many people got heat stroke. On August 12, when the temperature reached 34 degrees Celsius (93.2 degrees Fahrenheit), New York Mayor Bill De Blasio held a news conference and warned New Yorkers not to go outdoors and to use air conditioners.

In order to prevent a blackout, he proposed, “If you set your air conditioner to 78 degrees, you’ll be fine, and you’ll help protect yourself and everyone from the danger of a power outage.

Heat waves struck both the United States and Korea, but the authorities responded very differently. Advising people to use air conditioning in moderation is something that cannot be heard in Korea. Mayor de Blasio clearly has the health and wellbeing of the people as his priority.

The New York mayor could confidently ask the people to use air conditioners because the electricity is affordable. In fact, electricity bills in the United States are considerably cheaper than in Korea.

What’s more notable than the electricity bills is the difference in how electricity, a necessary utility, is perceived. It is common sense that air conditioners are used in excessive heat, and electricity should be stable and affordable. When electricity is set at such high rates, the government cannot advise people to reduce usage.

Kepco is a public corporation solely responsible for supplying electricity to households and businesses in Korea. It is embarrassing that the public corporation boasts trillions of won in profit from running an electricity monopoly. In the first half, Kepco saw over 6 trillion won ($5.4 billion) in operational profit. Citizens of Korea pay their electricity bills, which translate into Kepco’s profit. And Kepco uses a considerable portion of the profit to pay dividends to shareholders such as the government and the Korea Development Bank. The dividend cannot justify giving excessive burdens to the citizens.

The electricity rate is set by the Ministry of Industry, Commerce and Resources. When people complain that they cannot use air conditioning because of high electricity bills, the ministry does not budge. When the media addresses the iniquity of the current rates, the ministry does not listen. Then, citizens saw bureaucrats came up with a modified plan in a few hours when the ruling party leader made a proposal to the president and the president mentioned the electricity rate. Of course, the adjustment is only nominal.

Ignoring people’s demand for reasonable electric bills is simply a failure of the government and negligence of officials. Why don’t they encourage people to use air conditioning in this heat? Why didn’t they decide to lower the rate to help people cool off in the sizzling summer before the president mentioned it? They are only afraid of the president, not the people. In that sense, this year’s excessive heat wave had one good function. It exposed the bare faces of the Korean bureaucratic system and the public corporations.


*The author is a New York correspondent of the JoongAng Ilbo.