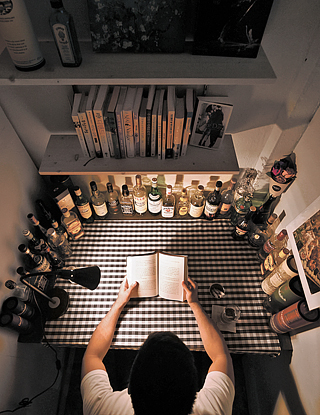 Ten years have passed since Mr. Choi took his first step in the construction business. Every now and then, the 35-year-old assistant manager would scan through the long list of names and matching phone numbers on his cellphone, feeling a sense of accomplishment as he browsed the 520 people he had come across during his career.

But Choi knew that broadening his network of acquaintances had come at a terrible cost. Namely, he has no friends.

“If someone related to work held some kind of a wedding or funeral and invited me to come, even if I hadn’t personally seen that person in years, I’d be there,” says Choi, explaining how hard he works in socializing with others. “On my birthday, my phone constantly rings throughout the entire day with congratulatory messages. But the truth is, I don’t really have anyone to cut a birthday cake with.”

According to a telephone survey conducted by the JoongAng Ilbo on May 25 and 26, Choi represents a majority of Korean adults who claim they have hundreds of “friends” in the digital world, but very few in real life.

The average number of phone numbers the 1,000 respondents had on their cellphones was 221.6. But only 34.5 (15.5 percent) of those were considered close people they could readily contact.

On mobile messaging apps such as KakaoTalk, respondents fared no better. On average, they had 194.3 people saved on their apps but only 23.6 they frequently conversed with.

Kim Hyun, 60, a senior attorney at the local law firm Sechang, admits he has around 4,000 phone numbers saved on his cellphone, mostly partners and clients he met over the past 28 years in his profession.

But when it comes to opening up, there are less than 10 people, including his family, who really matter, he says.

The large discrepancy between reality and the digital world lies mainly in Koreans’ drive for social ties and networks, known here as inmaek. Scores of adults interviewed for this article stress that they try to build connections with others in order to climb the professional ladder. 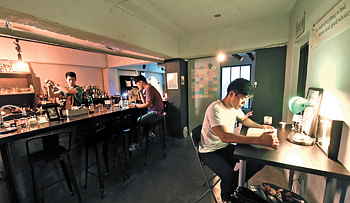 More and more adults in Korea are spending their leisure time alone, a trend that pundits attribute to a growing amount of stress on having to socialize at work and on social media. [OH SANG-MIN]

One reason they develop deeper relationships with only a handful of people is that the very process of social networking often brings with it a considerable degree of stress.

Koreans consider it essential to maintain a broad yet shallow social network, says Kim Moon-jo, a sociology professor at Korea University. The effort is tiring, which is why an increasing portion of society opts to spend their free time alone, Prof. Kim adds.

Yoon Pyeong-jung, a philosophy professor at Hanshin University, connects the social networking trend with another type of ideology that has long defined Korea’s national character: collectivism, or the subjugation of an individual to a particular group.

“The group that a person is affiliated with determines his or her identity,” says Prof. Yoon. “People are more likely to think of networking as a purpose, rather than a tool.”

Ms. Song, 36, a public servant, claims she has over 10 KakaoTalk groups she actively chats in. Every day, she writes dozens or even hundreds of messages to her colleagues at work and friends from college, high school, middle school and all the way down to elementary school.

“I fret over the thought that I might not catch up with the ongoing conversation if I don’t log in,” says Song. “But when I do enter the chatting rooms, I find myself hesitating before I type anything because I don’t want to stay silent, nor do I want to say anything stupid.”

“It’s tiring,” she says with a deep sigh.

In the same JoongAng Ilbo survey, 89.9 percent of respondents said they thought social networking was crucial. But 70.3 percent said the process was emotionally taxing, as well. Only 4.1 percent said they didn’t feel tired at all.

Mr. Han, a 49-year-old manager at a finance company, says every Saturday morning, he turns off his cellphone and hikes up Mount Bukhan for three to four hours. On his way down, he has lunch alone and goes back home.

Having to deal with over 100 daily phone calls during the weekdays, Han’s short journey is an isolated island of peace in an otherwise stormy sea.

“All day at work, I’m always the guy giving answers to questions,” he says. “Without my time alone every Saturdays, I wouldn’t be able to endure the stress.”

Data from Statistics Korea indicates that over half (56.8 percent) of all Koreans in 2014 spent their leisure time alone, up from 44.1 percent in 2007. Bae Young, an information sociology professor at Soongsil University, claims that the anti-graft act, set to be implemented on Sept. 28, will likely thrust more Koreans into the growing trend.

The Improper Solicitation and Graft Act, dubbed the Kim Young-ran Law, will prohibit public officials, teachers and journalists from being treated with meals costing more than 30,000 won ($27) or accepting gifts beyond 50,000 won.

“Sharing gifts in Korea has long been understood as a gesture of sharing jeong,” says Prof. Bae, referring to a Korean term that roughly means “the notion of caring for others.” The newly imposed act will likely play a critical role in weakening that long-held virtue, she believes.