Who would win a currency war?

Who would win a currency war? 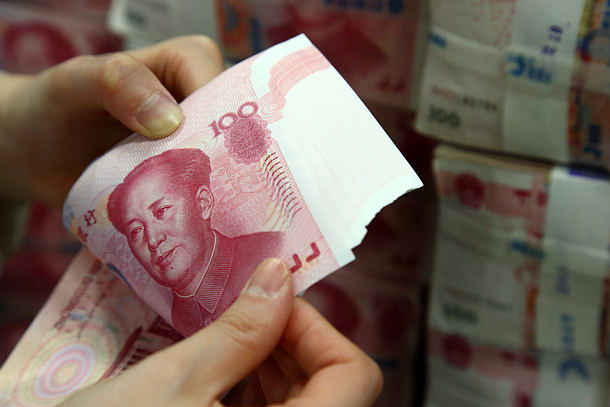 It’s been a year since a sudden 1.9 percent decline in the Chinese yuan rattled global markets and prompted fears of a global currency war. China has mostly soothed nerves by moderating the renminbi’s swoon since then. But what should really put minds to rest is the knowledge that no one — not even China, which arguably did power its rise, at least in part, on the back of an artificially depressed yuan — could win a true currency war.

The temptation to gain an advantage over competitors with a cheaper currency hasn’t diminished, of course. First and foremost, devaluation holds out the promise of boosting exports by making them less expensive. Where a country has substantial external borrowing in its own currency, a weaker currency also engineers a transfer of wealth from foreign savers, as the value of those securities falls in dollar terms. Devaluation may also stimulate inflation as the higher cost of imported products pushes up price levels.

In recent years, governments have refrained from intervening directly in currency markets, preferring to use monetary policy to help drive down the value of their currencies. These policies — on display most notably in Japan and Europe — are supposedly intended to increase demand. But households and companies have proven reluctant to borrow more to finance consumption or investment. Instead, low and in some cases negative rates have served to reduce the cost of servicing debt and, by encouraging capital flight, to create pressure on the currency.

It’s not clear, however, that this strategy of implicit devaluation can achieve any wider benefits. For one thing, a weaker currency no longer guarantees an increase in exports. External demand remains sluggish because of the slowdown in global growth. Trade growth has slowed sharply since 2014.

Moreover, the complexity of today’s global supply chains, with production spread across multiple countries, undermines the advantages of a weakened currency. When the yen was strong, Japanese carmakers relocated plants to cheaper locations abroad; they’re not going to move those factories back home unless convinced that the yen isn’t going to strengthen once again. Recent estimates from the World Bank suggest that falling currencies were only half as effective in increasing exports between 2004 and 2012 as they were in the prior eight years.

In many countries, exports also matter much less than they did before. The U.S. in particular is relatively self-contained, with imports and exports together accounting for around 20 percent of GDP. While Europe is more exposed to trade, most takes place within the free-trade area, where many nations share a single currency. China’s external exposure is complex as it now acts mostly as a manufacturing or assembly hub, using domestic labor to convert imported components into intermediate or finished products. A lower yuan thus has less impact on economic activity than previously.

Key sectors such as advanced manufacturing, information technologies, pharmaceuticals and entertainment are less likely to be affected by currency fluctuations due to high intellectual property content, limited competition and the prevalence of long-term contracts. Services, which are playing an increasingly important role in China and elsewhere, are mostly local: One in four U.S. manufacturing jobs is linked to trade, whereas only around 6 percent of jobs in services are similarly affected.

And countries have simply gotten better at defending against artificially cheapened goods. They now deploy a range of covert trade restrictions, from highly restrictive procurement policies to local content provisions that favor national suppliers. Many offer subsidies and financing to domestic manufacturers. In 2015, the number of discriminatory measures introduced by governments rose 50 percent from the year before, of which G20 countries accounted for over 80 percent.

Finally, it’s important to remember that other factors may offset any advantages gained from devaluation. Currency volatility and uncertainty tend to discourage long-term business investment. A weaker currency also reduces the purchasing power of citizens. The euro has lost over 30 percent of its value against the U.S. dollar since 2011, effectively slashing the income and wealth of euro-zone consumers. Australians, heavily dependent on imports, have lost a similar amount of purchasing power. Combined with stagnating incomes, this only cuts further into global demand.

A currency war is winnable only if a single country resorts to devaluation. Every nation can’t simultaneously have the cheapest currency. That doesn’t mean countries won’t try to gain an advantage over competitors, but their chances of succeeding are lower than ever before.


*The author is a former banker, whom Bloomberg named one of the world’s 50 most influential financial figures in 2014.