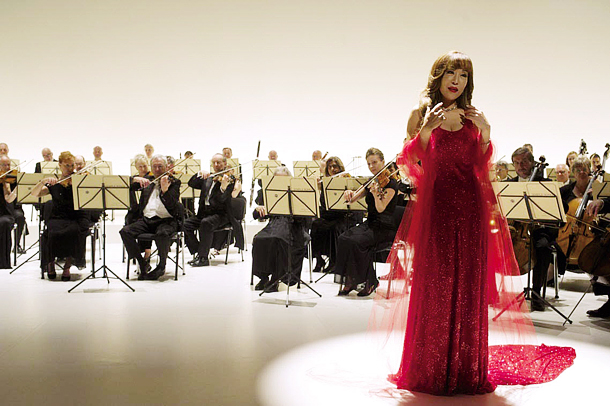 World renowned soprano Sumi Jo will be holding her 30th anniversary concert at the Seoul Arts Center on Sunday. During the concert, she’ll be singing “Simple Song,” which was featured in the film “Youth,” pictured above, and nominated for best original song for the 88th Academy Awards. [JOONGANG ILBO]

Sunday: Soprano Sumi Jo marks her 30th anniversary as an opera singer this year. Jo, who debuted in 1986 as Gilda for the opera “Rigoletto,” will perform with pianist Jeff Cohen. The coloratura soprano has won various international prizes since graduating from the Accademia Nazionale di Santa Cecilia in Rome.

Thursday and Saturday: Mahler’s Symphony No. 8 is a massive undertaking - the scale has lent it the nickname “Symphony of a Thousand” - and it’s rarely performed in Korea. But for two shows, 1,000 musicians and 860 choir singers will take it on under conductor Lim Heon-jeong.

Lim, the artistic director and conductor of the Korean Symphony Orchestra, is the only conductor who has directed the piece twice in Korea.

Sept. 2-4: Korea’s queen is back to entertain fans with three days of concerts. Lee Sunhee debuted in 1984 with the song “To J,” which immediately became a hit. She’s now known by many as the “National Diva” or the “Queen of Female Vocalists,” and has established her name in the music industry with her impressive and emotional catalogue. She is also a songwriter, having penned many of the tracks on her later albums.

Sept. 4: For the last three years, Disney in Concert has been giving families an evening outdoors where they can listen to their favorite Disney songs. Last year’s show saw many children come dressed as Elsa from “Frozen,” Simba from “The Lion King” and Belle from “Beauty and the Beast.”

Every year, a special guest performs alongside the Disney Concert performers and Ditto Orchestra, and this year the event will feature young singer Oh Yeon-jun. Oh gained popularity after appearing on an Mnet program as a singing prodigy. He stole the show with Disney tracks like “Colors of the Wind” from “Pocahontas” and “Reflection” from “Mulan,” which he is expected to reprise.

Oct. 2: The King of Opera is coming to Seoul. The Spanish singer rose to fame through his tenor roles, though he debuted as a baritone in 1957. Placido Domingo has shown outstanding performances with the New York Metropolitan Opera House, Vienna State Opera, London’s Royal Opera House, La Scala in Milan, the Opera Bastille in Paris and other well-known opera houses in the world. Over the past ten years, the tenor has received many awards, and this will be the sixth concert in South Korea where Korean fans are able to enjoy his extraordinary voice. This year’s concert program is expected to include both arias and songs from various genres including musicals.

To Sunday: The blockbuster Broadway musical “Wicked” is coming to Korea with an exciting cast:

To Sunday: “42nd Street” is an eye-catching and glamorous American classic full of tap dancing that entertains both the eyes and ears. 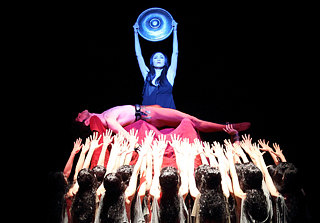 Friday to Sunday: The Korean National Ballet is presenting the story of Spartacus, a Roman slave who is forced to fight as a gladiator to regain his freedom. He plans a revolt with his fellow slaves, which ends with a one-on-one duel with Crassus, who is holding Spartacus’ wife as his slave in his villa.

The piece impresses with its dynamic, deeply emotional choreography, and has been voted by ballet fans as the most anticipated show of the season.

To Oct. 3: People in Korea often go to see horror movies to escape the hot weather, but one musical is trying to lure people into the theater instead.

The group performs the four seasons. It’s a traditional dance, but the company adds modern elements to counter the impression that old is inherently stuffy or antiquated.

Sept. 2-3: This unique, spectacle of an electronic dance music festival is taking place at Jamsil Olympic Stadium in September. ARCADIA is the only show in Seoul where audiences can experience a combination of state-of-the-art technology, dynamic performances, world-renowned DJs, powerful special effects and laser shows that light up the night sky. Beginning in Bristol, England, ARCADIA has evolved into one of the world’s major music festivals. With its intense energy, the event is known for featuring underground drum and bass, techno and house artists. 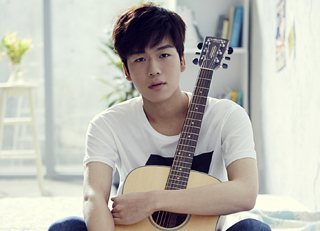 Oct. 22 and 23: The Grand Mint Festival, which offers a combination of music and nature, is celebrating its 10th anniversary. Fifty artists will perform across four stages, including famous indie musicians like 10cm, Daybreak, Kwak Jin-eon and Broccoli. Attendees can also participate in various attractions. Entrance will be free for fans that have attended every year thus far, who will also receive a special gift. The festival starts at 12 p.m.