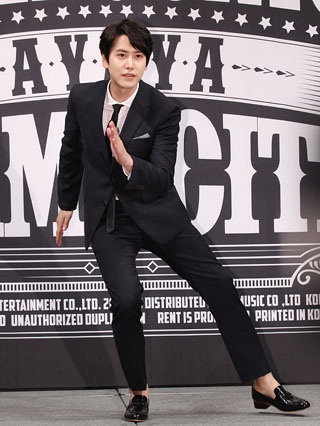 Singer Kyuhyun from the K-pop boy group Super Junior will temporarily halt all of his entertainment activities due to nodules on his vocal chords, according to the SM Entertainment, which represents the 28-year old.

“Kyuhyun urgently needs treatment for vocal nodules, and the singer will solely focus on his recovery for the next two to three weeks in accordance with the doctor’s opinion,” announced SM on Tuesday. The agency did not cite a specific date for his return.

The singer is currently engaged in numerous activities, including starring in both reality shows and the musical “Mozart,” which has been ongoing since June. Due to the treatment, the singer will not be able to continue with the musical through early September as scheduled.

Kyuhyun will also not be able to take part in recording MBC’s entertainment program “Radio Star” for two weeks, his agency said.