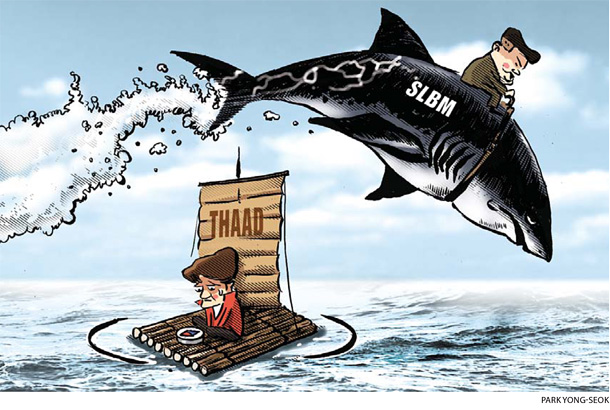 President Park Geun-hye looks for direction after North Korea’s successful test-firing on Wednesday of a submarine-launched ballistic missile (SLBM), because such missiles are outside the range of the Terminal High Altitude Area Defense (Thaad) antimissile system scheduled to be deployed in South Korea.