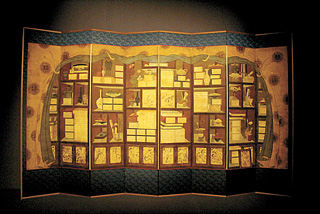 To Sunday: Co-organized by the Seoul Calligraphy Art Museum and Gallery Hyundai, this exhibition features 58 pieces of chaekgeori and munjado, unique styles of Korean painting that developed in the 18th and 19th centuries.

Chaekgeori refers to still lifes of books, stationery and other curiosities in splendid color. Chaekgado, or depictions of books and objects arranged on shelves, is one category of chaekgeori. The paintings are reminiscent of old European art - particularly trompe l’oeil paintings - due to their use of perspective uncommon in East Asian paintings. Munjado, or letter paintings, are combinations of images and text that look decidedly modern. 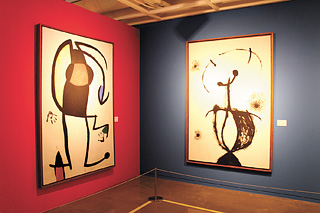 To Sept. 24: This exhibition marks the first-ever retrospective of Spanish modern art master Joan Miro (1893-1983) in Korea. It features 264 paintings, sculptures and drawings that the artist created on the scenic Spanish island of Majorca, where he spent the last three decades of his life.

The large-size paintings on display show how Miro drew from diverse sources of inspiration that included European surrealism, American abstract expressionism, primitive art and East Asian calligraphy. He combined all of these to create new, imaginative works, according to Francisco Copado, director of the Pilar and Joan Miro Foundation.

To Oct. 3: This large-scale retrospective of Korean modern artist Lee Jung-seob (1916-56) features 200 paintings, including his five famous “Bull” paintings, as well as drawings and 100 artifacts. It is rare to see so many of Lee’s paintings in one place because they have been dispersed around the world, museum officials say.

Admission is 7,000 won for adults. It includes admission to Deoksu Palace. The palace is closed on Mondays. Go to Seoul City Hall Station, line No. 2, exit 10 and walk for five minutes. 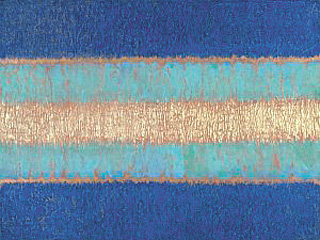 THE HISTORY OF KOREAN ABSTRACT ART

To Oct. 29: The exhibition features 270 documents and photos illuminating the activities of major Korean abstract artists including Kim Whan-ki and artists of Dansaekhwa or Korean monochrome paintings .

THE MASTERS OF MODERN PAINTING - FROM CALLIGRAPHY AND PAINTING TO IMAGE

The largest piece on display is a landscape painting by Ro Su-hyoun (1899-1978), which illustrates the four seasons on a folding screen 2.3 meters (7.5 feet) in length

To Nov. 20: Yeongang Gallery, the first-ever art gallery within the civilian control zone adjacent to the North Korean border, opened in May with a solo show by artist Han Sung-pil. It features 11 of his photos, including “Observation,” and video works including “Uncanny Serenity.”