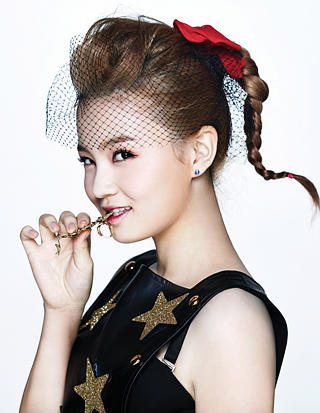 Singer Lee Hi will meet with her fans in the Philippines and Hong Kong, YG Entertainment announced Wednesday.

Lee will hold showcases in the Philippines on Sept. 23 and Hong Kong on Sept. 25.

Although few specifics have been revealed, her agency said various events have been planned to let Lee interact with her fans. Around a thousand fans are expected to show up for each event.

Meanwhile, Lee held showcases in Shanghai on July 27 and Taipei on Aug. 5.

Lee made a name for herself through SBS’s popular survival audition program “K-pop Star 1” (2011-12). Lee was highly-acclaimed in the show by both the audience and the judges, which included singer BoA, for her soulful voice.