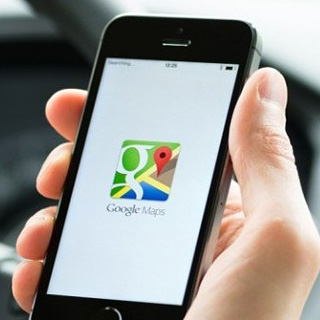 The Google Maps app on a smartphone. [JOONGANG PHOTO]

South Korea decided to delay a decision on whether to allow Google better access to the nation’s map data for three months, possibly increasing the chances for the Silicon Valley-based IT company.

The Ministry of Land, Infrastructure and Transport said Wednesday that the National Geographic Information Institute - along with seven government branches, including the Land Ministry, Ministry of Science, Information and Communications Technology as well as the National Intelligence Service - has decided to have more discussions with Google before making a final ruling on Nov. 23.

“We have discussed the impact on national security coming from allowing the data to be stored overseas, but we have decided to take some more time to look more thoroughly and carefully,” said Kim Kye-bum, a director at the Land Ministry, in a press release on Wednesday.

This is not the first time Korea has postponed a decision. The members couldn’t reach an agreement on the same issue at a meeting on June 22.

Google wants greater access to the nation’s map data and to store it outside Korea.

The Korean government and U.S. IT companies have been at odds over the map data service, which has become essential to various IT services from simple games - such as Pokemon Go, which uses Google Maps - to location services and huge businesses like the Internet of Things and automated vehicles.

The government has refused Google access to map information due to the unique geopolitical situation of South Korea still being technically at war with North Korea. The Korean government has argued that allowing Google the information could compromise national security, including information on classified military facilities.

Local IT companies’ maps such as those provided by Naver and Kakao have erased images of the Blue House from its satellite map images. Google Maps shows a blurry image that is recognizable.

The law on the establishment and management of spatial data stipulates that a map or a photograph for surveys is prohibited from being manufactured and carried out of the country. Google has been asking the government for permission to save the data in multiple centers outside Korea so that it can process the information there.

The Korean government has denied Google’s requests since 2007. Google has argued that the regulation is discrimination against foreign IT firms.

In 2010, the government reviewed the request but didn’t approve it, citing national security. The government came up with a compromise: Google could either open up a data center in Korea, which would get around the prohibition on the data leaving the country, or erase the sites of national security importance such as military bases. Google refused.

Google services, including Google Maps, are provided on a cloud platform basis, which means that the data Google uses have to be stored across multiple data centers around the globe.