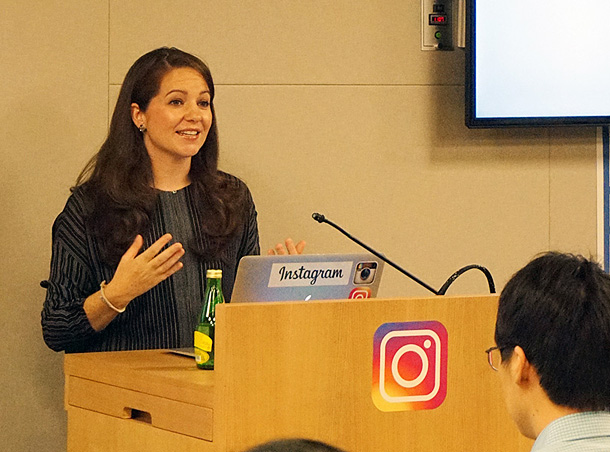 Online harassment is a deep-seated issue for any social media service, but for a large photo-sharing platform like Instagram, with some 500 million accounts around the world, protecting its users from content like cyberbullying and pornography is especially a challenge.

“Korea is an incredibly important market,” Colaco said at Facebook Korea’s headquarters in Gangnam District, southern Seoul. “In Korea, there is incredibly high understanding of child safety and privacy. They are one of the region’s leaders.”

Instagram has applied a Microsoft-licensed technology called PhotoDNA to scan uploaded photos for unique identifiers that the company calls “hashes.”

“Because the [offensive] photos circulating are the same photos, we are able to keep a record of all of those unique identifiers,” Colaco said. “So the minute people try to upload them, we can immediately block them right away.”

Striking a balance between managing offensive content and still allowing the free flow of general content is a challenge for the photo-sharing platform. Instagram has recently rolled out two protective measures for the comments section, one being a filtering system where users can add words that they don’t want in photos’ accompanying comments and another being the option to disable comments completely.

Colaco said the new functions will first be rolled out to users with large followings and eventually be expanded to general users as well.

Instagram is also combatting a practice on its platform in which users utilize hashtags to distribute pornography and other offensive images. Some anonymous accounts, for example, frequently post pornographic or prostitution-related information under innocuous-sounding hashtags like “fried chicken” or “girlsnightout.”

Colaco said fighting such “hash-crashing,” as it is called, largely depends on reporting from general users.

When asked if such control might undermine the user experience by restricting freedom of expression, Colaco said the company is more concerned about people who might stop expressing themselves on the platform because of bullying or offensive images and comments.