SNL star the target of hacking by internet trolls

SNL star the target of hacking by internet trolls 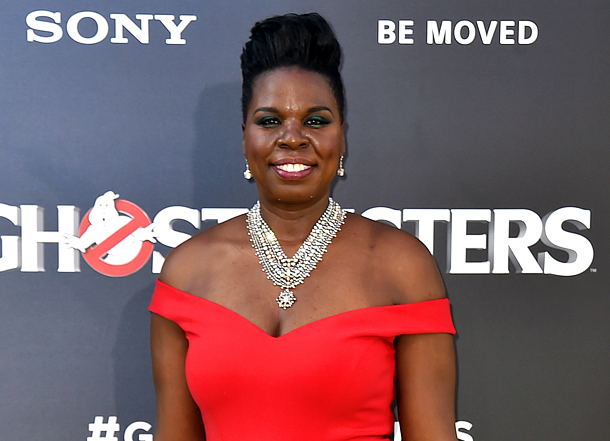 Jones’ personal site was taken offline Wednesday after it appeared hackers posted explicit photos of Jones and her driver’s license and passport. The hackers also appeared to have inserted a video of deceased Cincinnati Zoo gorilla Harambe and images of Jones posing with such stars as Rihanna, Kanye West and Kim Kardashian West.

A spokesman for Jones didn’t respond to messages Wednesday seeking comment. And Jones hasn’t posted about the incident on social media.

Several celebrities supported Jones on social media Wednesday following the incident. “Ghostbusters’’ filmmaker Paul Feig called it an ``absolute outrage,’’ while “Girls’’ star Lena Dunham asked followers to “turn our anger at trolls into love for Leslie Jones and into strategies to protect all the heroines who don’t deserve this (expletive).’’

Jones’ “SNL’’ cast mates also expressed outrage about the hacking. Aidy Bryant said she was “so angry, disgusted and sad about this racist violent assault on Jones.’’ Taran Killam said the hackers are “the worst of humanity, where she is the best.’’

The celebs’ online rallying wasn’t enough for Rebecca Carroll, author of such books as “Saving The Race’’ and “Sugar In The Raw.’’ She said people in positions of power need to ``go deeper.’’

“Where is the practical response to this grotesque, debilitatingly mean-spirited violence?’’ she wrote in the Guardian . “It’s one thing to offer her digital apologies for others’ racism. It’s another to actually take a stand to help eliminate it from our society.’’

Jones briefly quit Twitter last month after facing racial slurs, obscene photos and comments about her appearance. She called on the social networking service to do more to curb harassment on the platform.

Yiannopoulos initially posted Wednesday on Snapchat that “karma’s a (expletive)’’ but then said “just heard about Leslie Jones’’ and “ignore that karma thing.’’

“I was distressed to hear that Leslie Jones had been hacked and naked pictures of her have found their way online,’’ Yiannopoulos said in a statement. “I know we had our differences after my review of ‘Ghostbusters,’ but I wish her all the best at what must be a deeply upsetting time.’’

After actively posting about the Olympics on social media, Jones was tapped by NBC to contribute to the network’s coverage of the event in Rio de Janeiro. While in Brazil, Jones stood up for herself and African-American gymnast Gabby Douglas, who was also criticized online. Sue Scheff, an advocate for cyberbullying victims and author of “Shame Nation,” expects Jones to rebound from this incident.

“I think Leslie is a tough cookie and will come back stronger than before,’’ said Scheff. “I think she should stand tall and be a role model for everyone who has ever faced this kind of abuse. There’s only one way to go - and that’s up.’’

“Ultimately, the only way to prevent this from happening is not to take nude photos,’’ cautioned Scheff. “If you don’t take them, they can never be shared. There’s no rewind button online.’’ AP