No. 2 executive at Lotte Group allegedly kills himself

No. 2 executive at Lotte Group allegedly kills himself 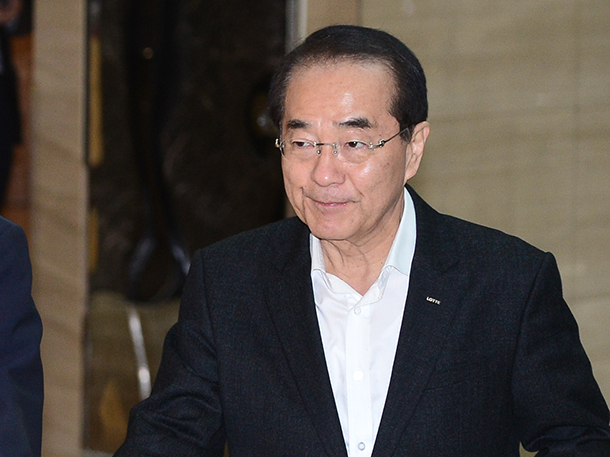 Lotte Group Vice Chairman Lee In-won was found dead on a hiking trail in Yangpyeong, Gyeonggi, Friday morning, a few hours before he was to be questioned by prosecutors investigating corruption in the group.

The 69-year-old vice chairman was often described as the second-in-command of Lotte Group after Chairman Shin Dong-bin, or Shin's right-hand man. He was the most powerful figure in the group outside the Shin family.

Lee’s body was discovered lying on the ground next to a tree by a man in his 60s taking his morning walk, who called the police. It was around 7:11 a.m., according to police.

Police suspect Lee hanged himself on the tree by his tie, but that the tie snapped.

Lee had told his family he was “going for exercise.”

Police found Lee’s car nearby, and inside a suicide note addressed to his family and executives and staff of the Lotte Group.

The note reportedly read, “Chairman Shin Dong-bin is a great man… I am sorry to be leaving everyone behind this way.”

“We have confirmed via police and other routes that the sad news concerning Vice Chairman Lee In-won is true,” said Lotte Group’s PR department. “It is hard for us to believe that Lee, who over his lifetime worked harder than anyone else in the Lotte Group to build its foundation, is now deceased.”

Lee was to appear at the Seoul Central District Prosecutors’ Office at 9:30 a.m. Friday morning to be questioned about embezzlement, corruption and his possible involvement in creation of slush funds in Lotte Engineering and Construction.
Lotte Group employees are in shock.

“I don’t know why he would make that choice [to kill himself], when the prosecution probe into him hasn’t taken off yet,” said an employee. “I know him to be a true Christian and a man of principle… It is all very shocking.”

“Lee was practically the No. 2 man of the group, receiving reports on everything,” said another employee. “Perhaps he made the extreme choice because he felt he needed to take responsibility instead of Chairman Shin.”

The prosecution probe of corruption in the Lotte Group has summoned executives including Hwang Kag-gyu, president of policy coordination, and So Jin-sei, head of external relations at the policy coordination department. Before Lee’s death, prosecutors were planning on summoning Shin Dong-bin, chairman of the Lotte Group, and his brother, Shin Dong-joo, around next week.