‘No First Use’ and the peninsula

‘No First Use’ and the peninsula 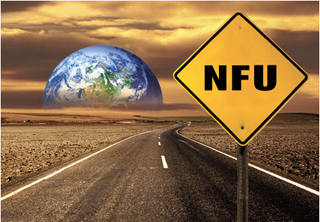 The 2009 Nobel Peace Prize went to a relatively novice leader at the time, U.S. President Barack Obama. The Norwegian Nobel Committee said it “attached special importance to Obama’s vision and work for a world without nuclear weapons” and that his “vision of a world free from nuclear arms has powerfully stimulated disarmament and arms control negotiations.”

The international prestige came after the president declared in an April visit to Prague that the United States had a “moral responsibility” to take the lead in ridding the world of nuclear weapons.

But sadly, he fell short of living up to the vision over the last seven and a half years. All that he managed to do was negotiate strategic arms control with Russia, host four nuclear security summits and strike a nuclear arms deal with Iran.

The Comprehensive Nuclear Test Ban Treaty to prohibit nuclear tests for both civilian and military purposes, adopted by the United Nations General Assembly in 1996, has yet to pass the U.S. Congress.

Washington meanwhile continues to upgrade its strategic and tactical nuclear weapons. North Korea’s advance in its nuclear weapons program has led to the acceleration of nuclear arms buildup across the Asia-Pacific, with little interference from Washington.

Although it is not official, we hear murmurs that Obama is considering going back to his earlier agenda of making the world safer from nuclear weapons by announcing a game-changing initiative called “No First Use” (NFU) at the General Assembly in September, pledging before the world that the United States will not make the first nuclear strike in any conflict.

The same pledge was adopted by China in 1964 and India in 2003. The Soviet Union abided by the rule during the Cold War, but Russia later dropped it, citing that its conventional military capabilities were being undermined by NATO.

The United States and its NATO partners repeatedly rejected calls for adopting the NFU policy during and after the Cold War, citing the overwhelming conventional weapons superiority of the former Soviet and Eastern Bloc armies.

The question is how valid the promise to shift nuclear policy can be for Obama with less than half a year left in his second term. But his initiative could set the ground for a new international constraint against an accidental nuclear war.

The United States has intimidating power, with over 500 nuclear weapons in deployment thanks to its principle of pre-emptive strike. But when NFU is in place, the Pentagon cannot deploy nuclear weapons in attack mode. NFU could also end up being a practical choice if downsizing in the defense budget inevitably leads Washington to scale down a considerable portion of its strategic and tactical nuclear arms.

But Obama’s agenda faces strong resistance from within. Secretary of State John Kerry is against the plan, citing opposition from allies in Europe and Asia. Secretary of Defense Ashton Carter also objects the plan on the grounds that it risks triggering insecurity about U.S.
deterrence among allies and could encourage them to seek their own nuclear weapons. Commanders on the front line are naturally against the idea of giving up the option of first strike.

The external environment also bodes badly for such an agenda. South Korea and Japan have made their opposition to NFU clear, citing deepening concerns about insecurity in the Northeast Asian region with the North Korean nuclear threat at its height and China rising fast. If the NFU protocol becomes official, skepticism on U.S. deterrence will rise and cause fissures in alliances to shake the United States’ position in the world.

But military experts like Morton Halperin and Jeffrey Lewis argue differently. They say the U.S. nuclear umbrella is a display of will that the U.S. military can retaliate against any state that attacks its allies of South Korea and Japan, but it does not ensure a pre-emptive strike.

The United States has long maintained the rule that it does not use its nuclear weapons first. NFU proponents argue that if the protocol becomes a norm, it will help contain overall nuclear arms buildup and could provide a breakthrough in disarmament negotiations with North Korea. It would help all nations in the region if the agenda leads to a Northeast Asia free of nuclear weapons.

Even if Obama announces adoption of NFU, it remains questionable if the next administration will sustain the policy, given the strong opposition from the Republicans and military. The United States has a moral duty to help prevent catastrophe for mankind. On our part, we must coolly contemplate the issue in the context of ensuring regional security from nuclear threat instead of knee-jerk opposition and getting all worked up with fear.


*The author is an honorary special professor at Yonsei University.