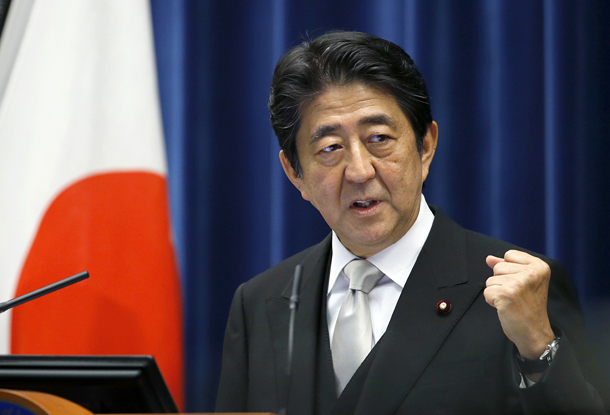 While the LDP commanded more than two-thirds of lower house seats through a coalition with the minority party Komeito, losing a majority in the upper house hindered Abe’s administration since legislation needs to pass both houses of the National Diet. Due to poor health, Abe resigned two months later. His first term was short-lived, lasting only one year.

His successor Yasuo Fukuda also faced obstacles from the upper house. Fukuda sought a coalition with the Democratic Party’s Ichiro Ozawa to jointly manage state administration. Ozawa had left the LDP in 1993 to form a non-LDP coalition.

Fukuda made a desperate attempt to break through the “indecisive politics,” but the plan never materialized. Ozawa failed to gain approval from the executive committee of the Democratic Party. The confrontation between the ruling and opposition parties intensified, and Fukuda stepped down a year later.

After that, the LDP’s Taro Aso and the Democratic Party’s Yukio Hatoyama, Naoto Kan and Yoshihiko Noda all served short terms as prime minister. When the Democratic Party was in power, the LDP-Komeito coalition commanded a majority in the upper house. By the time Abe returned in 2012, there had been six prime ministers, almost one every year, and the average term of ministers in the Hatoyama and Kan cabinet lasted 8.7 months.

Abe’s return marked a dramatic reversal. Since he became prime minister again in 2012, the LDP has won four elections and held a majority in both houses. It may have benefited from a public tired of incompetent, short-lived administrations.

Abe has no one checking on him within the party, and power is concentrated in the prime minister’s office. This is something that has never happened in the LDP’s 55-year history. The party is now even discussing extending Abe’s tenure by revising its regulations to allow for a third term.

If that passes, Abe could be in power until September 2021. The imperialistic prime minister would be in office almost as long as the Chinese president, who can stay in power for10 years and has a rubber-stamp assembly. Japan, on the other hand, has a parliamentary system where the cabinet and lower house share power.

Today’s political situation in Korea reminds us of Japanese politics in the mid-2000s. The international and regional circumstances are not so simple. There are so many challenges we can barely overcome even when we are solidly united.

We need a grand compromise. If a coalition is not an option, politicians need to unite over policies and create a productive political structure. Otherwise, Korea may fall behind in an age of upheaval.