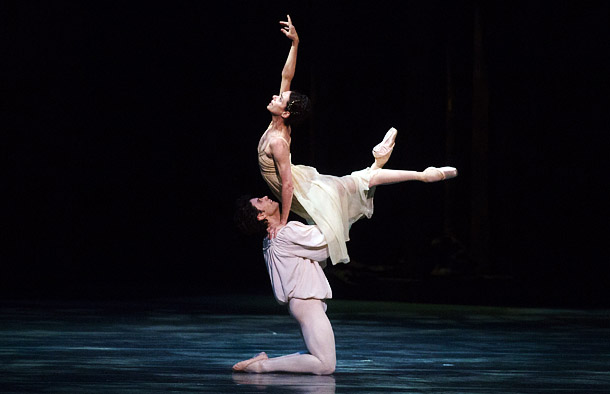 Universal Ballet will be staging Kenneth MacMillan’s version of “Romeo and Juliet” in October at the Seoul Arts Center. For the performance, Alessandra Ferri, former principal dancer and Herman Cornejo, current principal dancer of the American Ballet Theater, pictured above, will be visiting Korea. See THEATER. [ROSALIE O CONNOR]

Alessandra Ferri, former principal dancer and Herman Cornejo, current principal dancer of the American Ballet Theater are coming to Korea to be on stage on October 23 and 26. Ferri has gained worldwide acclamation for playing the role of Juliet. The first act displays the masquerade, the threshold of the tragedy; the second features the balcony scene pas de deux; the act three opens in Juliet’s bedroom, heading for the tragic ending.

To Oct. 3: People in Korea often go to see horror movies to escape the hot weather, but one musical is trying to lure people into the theater as well. 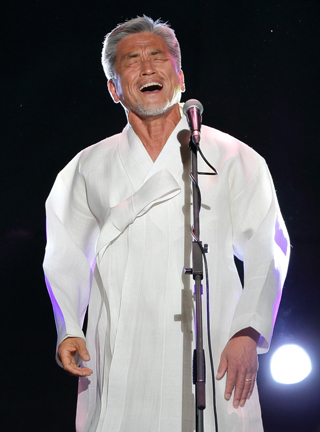 Oct. 5-7: Gugak musician Jang Sa-ik is giving a performance after having surgery on his vocal cord that had a lump. As his expertise lies in pansori, or the traditional narrative singing, the singer has to project the sound as loud as possible and be exact at the same time.

The title of the performance, “Like a Flower, Like a Tear,” is from a poem written by Kim Chun-su. In a letter he wrote while he could not sing he was full of tears, and now finally, he felt like a flower after being able to sing again. Beginning with this show in Seoul in October, he plans to perform in seven other cities. It is a new beginning to his singing career.

The group performs the four seasons. It’s a traditional dance, but the company adds modern elements to counter the impression that old is inherently stuffy or antiquated.

Dongkuk University Station, line No. 3, exit 2 for the shuttle bus. Bus 02 or 420, the National Theater of Korea bus stop.

Friday to Sunday: Korea’s queen is back to entertain fans with three days of concerts. Lee Sunhee debuted in 1984 with the song “To J,” which immediately became a hit. She’s now known by many as the “National Diva” or the “Queen of Female Vocalists,” and has established her name in the music industry with her impressive and emotional catalogue. She is also a songwriter, having penned many of the tracks on her later albums.

Sunday: For the last three years, Disney in Concert has been giving families an evening outdoors where they can listen to their favorite Disney songs. Last year’s show saw many children come dressed as Elsa from “Frozen,” Simba from “The Lion King” and Belle from “Beauty and the Beast.”

Every year, a special guest performs alongside the Disney Concert performers and Ditto Orchestra, and this year the event will feature young singer Oh Yeon-jun. Oh gained popularity after appearing on an Mnet program as a singing prodigy. He stole the show with Disney tracks like “Colors of the Wind” from “Pocahontas” and “Reflection” from “Mulan,” which he is expected to reprise.

Sept. 9: At the “Pipe Organ Festival at Ewha,” organist Carol Williams will perform a variety of pipe organ pieces, such as the classics of Johann Sebastian Bach as well as pieces she has composed including “Suite for Organ, Op. 5.” She has added her own cutting edge style to the classical pipe organ.

Williams was named the first woman in the United States to be the Civic Organist in 2001 and she is currently working as the Organist of San Diego, California. She is also famous for collaborating with musicians from diverse genres including jazz, rock and the blues.

The festival at the university is held annually, inviting famous artists to present the charm of pipe organ. 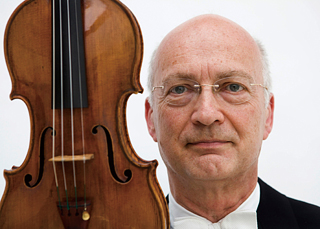 Sept. 21: Every third Wednesday, a special concert titled “Yonsei Classic” is held at the Kumho Art Hall Yonsei. The series began in March and has invited a variety of classical musicians. In September, Yonsei Classic hosts a recital by an Austrian violinist Rainer Kuchl.

Kuchl has led the Vienna Philharmonic and Vienna State Opera for 45 years as a concertmaster since 1971 at the age of 20. Kuchl has given performances with various maestros of the century such as Karl Bohm, Leonard Bernstein and Carlos Kleiber among others. Also, in 1973, he founded the Kuchl-Quartet, which is presently known as the Vienna Musikverein Quartet. After August, he retires from the Vienna Philharmonic, and this will be his first recital in Korea after retirement.

Sept. 23-25: After five years, the third label concert of Antenna, the talent agency of Yoo Hee-yeol is ready to meet the fans. Jung Jae-hyung, Toy, Lucid Fall, Peppertones and five more singers are ready for the concert. Additionally, Yoo will be on stage under the name of Toy.

Originally the concert has been scheduled for only two days in weekend, but due to popular demand, the tickets were sold out quickly. So the agency decided to add one more day, Friday.

With the agency’s motto of “Good People, Good Music,” the well-made stage with special collaborations among the artists will be performed.

Friday and Saturday: This unique spectacle of an electronic dance music festival is taking place at Jamsil Olympic Stadium in September. ARCADIA is the only show in Seoul where audiences can experience a combination of state-of-the-art technology, dynamic performances, world-renowned DJs, powerful special effects and laser shows that light up the night sky.

Beginning in Bristol, England, ARCADIA has evolved into one of the world’s major music festivals. With its intense energy, the event is known for featuring underground drum and bass, techno and house artists.

Oct. 22 and 23: The Grand Mint Festival, which offers a combination of music and nature, is celebrating its 10th anniversary. Fifty artists will perform across four stages, including famous indie musicians like 10cm, Daybreak, Kwak Jin-eon and Broccoli. Attendees can also participate in various attractions. Entrance will be free for fans that have attended every year thus far, who will also receive a special gift. The festival starts at 12 p.m.