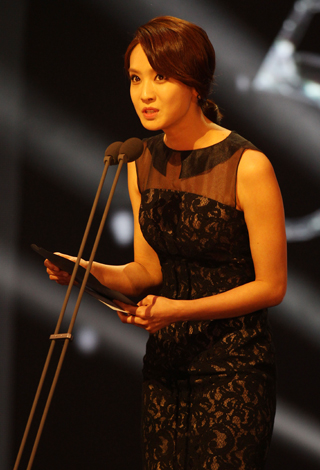 “Park’s mother passed away early Tuesday after suffering from a chronic disease,” wrote Park’s label through a press release. “All the details regarding the process of the funeral will be kept private. Please send warm wishes to her.” Park is currently with her family at a funeral parlor.

Due to the latest incident, Park will temporarily halt her radio program “Park Jung-ah’s Moonlight Paradise.” Celebrity Kong Hyun-joo, who belongs to the same agency, will stand in as host while Park takes a leave.

The TV personality debuted as a member of now-defunct female act Jewelry in 2001.

She was one of the most popular members of the girl group. Park expanded her career to acting in 2010. A few of the well-known projects she starred in include tvN’s “Oh My Ghost” (2015) and JTBC’s “Noblewoman” (2014).