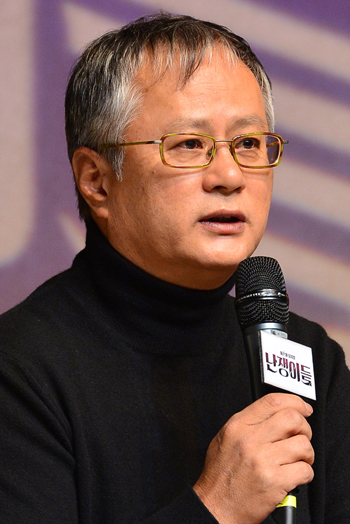 About a year and half to go before the opening ceremony of the 2018 PyeongChang Winter Games, Jung Ku-ho, a fashion designer and producer in charge of coordinating the stage at the opening and closing ceremonies, has tendered his resignation. 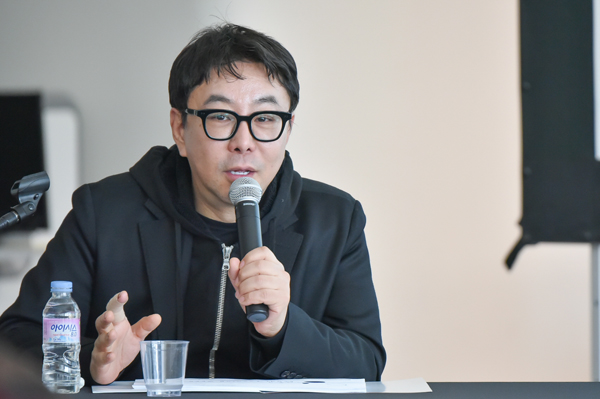 Jung Ku-ho, vice president of FILA, resigned as the producer in charge of the stage coordination of the opening and closing ceremonies for the 2018 Winter Games. He cited the discord with director Song as the reason for his resignation. [NEWSIS]

Jung, who is also the creative director and vice president of FILA, has resigned from his post as the producer in charge of the ceremonies of the 2018 PyeongChang Olympics. This would inevitably disrupt the preparation of the Winter Games, since Jung had been in charge of the majority of the Games’ artistic elements.

The main reason behind Jung’s resignation was the discord between him and Song Seung-hwan, the executive creative director of Olympic ceremonies. “We had conflicts of interest about everything,” said Jung during a phone interview with the JoongAng Ilbo. “I just could not work with him any longer.”

Song is an actor-turned film director who is also the CEO of Seoul-based PMC Production as well as the director of Nanta, a well-known Korean non-verbal show that incorporates traditional rhythm into its performances. Song was selected as the creative chief by the PyeongChang Organizing Committee for the 2018 Olympic & Paralympic Winter Games (Pocog) in July 2015.

Initially, the Ministry of Culture and Sports recommended Jung to Song as the stage coordinator for the ceremonies, which was confirmed by the Pocog, since it saw Jung, who has ample experience in coordinating events akin to sports ceremonies, as a fitting talent for the task.

The dispute between Jung and Song reportedly began when the Culture Ministry favored the project proposal submitted by Jung over that of Song. The report said that eight out of 10 performances set to take place for the opening ceremony is said to have come from the proposal made by Jung.

The completed scenario received approval by President Park Geun-hye, after which Jung requested a formal contract from the Pocog. It turned out Jung had been working for the Pocog without a proper contract since February. Despite the request, the Pocog postponed signing a contract with Jung, saying Jung was in charge of too many projects and thus it is questionable whether he would be able to channel his efforts for the ceremonies.

“Technically, I did not resign from my post,” said Jung. “Pocog and director Song never signed me up with a formal contract. I started working for the Pocog in February and for six months I never got any payment. We had a verbal contract but by always postponing to officially sign me up, isn’t my leaving basically what they want?”

Regarding the Pocog delaying signing with Jung, some said that the designer’s busy schedule led the organizing committee to reconsider certain terms of the contract’s conditions. About this, Jung said, “I had a project scheduled until next year. They knew this already but still asked me to take the job. Why is it that they are changing their mind suddenly? I think it’s nonsense that one would have to live and stay at Pyeongchang 24/7 to get things done.”

Jung added that the fact that they already reported the proposal using his ideas, and got the approval of the Blue House, only upsets him more. “They just took advantage of my ideas and left me dry,” he said. “The Culture Ministry objected to the ideas by director Song but approved my ideas. About 80 percent of the ceremonies come from my ideas.”

He added, “Anyways, I just could not agree with the way Song worked. His basic premise was ‘ceremonies that even second graders could understand.’ But I mean, even if you make ceremonies as simple as possible, they still need a certain artistic depth.”

The Pocog’s preparation efforts were already severely hamstrung when former CEO and President Cho Yang-ho left the top Olympic job to deal with urgent issues of the Hanjin Group, which Cho presides over as chairman. Former minister of Trade, Industry and Energy Lee Hee-beom came in to fill the vacancy, but critics question whether Lee, a former public official who has little experience in sports-related affairs, could handle the post. Now with Jung out of the picture, as well, the Pocog is expected to face another bump in the road, as it will now have to find another talent to oversee the ceremonies. The Rio Olympics opening and closing ceremonies were acclaimed to be huge successes and the Pocog thus has a lot to live up to. But if Rio was able to overcome the criticism and scandals that preceded its Games, perhaps Pyeongchang will also be able to rise to the challenge.