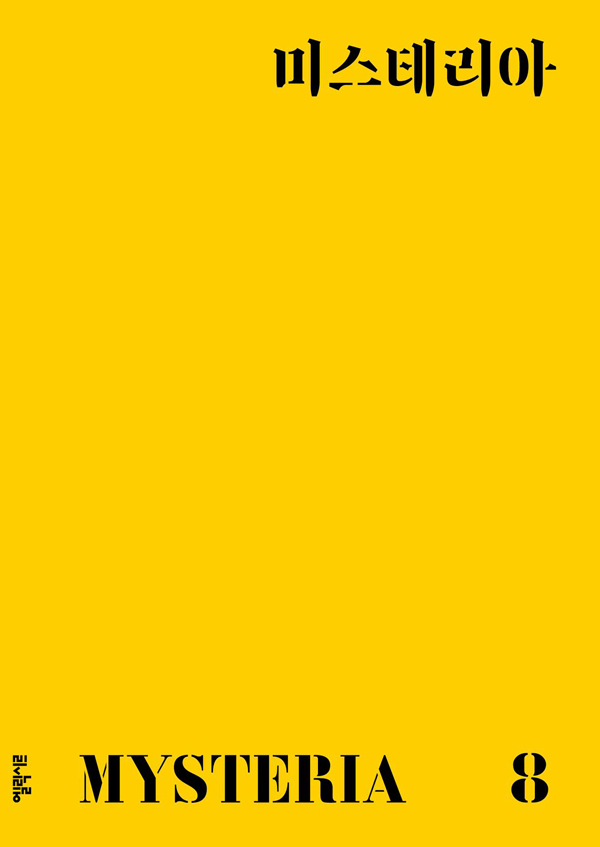 Named for a mixture between the terms mystery and hysteria, Mysteria is a bimonthly magazine targeting mystery lovers.[MUNHAK DONGNE]

When most people think of literary magazines, they likely imagine thick tomes filled with a seemingly endless amount of words on each page.


For many years, this was true, and while they may have been filled with stories too long for the average reader, the magazines were hugely popular until the mid 1990s, when literature began to lose ground to TV and film as a popular form of entertainment and education.


“Although literary magazines played an important role as a means to openly criticize society in the past when the press was regulated, it slowly lost its meaning with the growth of the movie industry,” said Hwang Jin-mi, a cultural critic for Cine21, a film-focused weekly magazine.


Nonetheless, several publishing companies are trying to revive the literary magazine, with redesigns that are both easier to read and visually appealing.


According to Seo Hyo-in, an editor of the newly designed literary magazine Littor, the changes were inevitable in today’s age, where “literature has merely become a source of entertainment.”


Literary magazines that have made changes include Littor, Axt and Mysteria, which have all turned out to be bigger successes that they had expected. 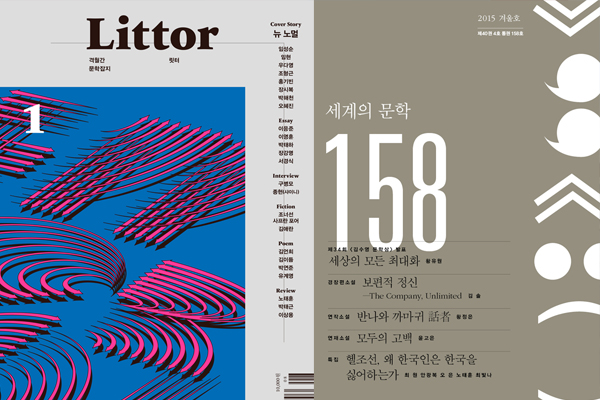 
Combining the word “literature” and the suffix “-tor,” meaning someone who does something, Littor refers to those people who read or write literature.


The bimonthly literary magazine which debuted last month was an instant hit. Its sales as of the fourth week of August hit around 6,000 copies - a lot more than the 4,000 copies that the publishing company was expecting to sell.


Littor’s cover design featuring flashy colors and geometric drawings was successful enough in garnering attention, as 500 of the 600 current subscribers signed up for the magazine after seeing only its cover.


Minumsa’s previous literary magazine The World of Literature only had 30 subscribers when it was forced to shut down last year after 40 years of publication.

“Although The World of Literature featured high quality content, the way it was delivered - thick, quarterly published, and visually uninteresting - remained unchanged since its inception,” said Seo. “I believe this packaging failed to attract readers, and as a result, we decided to make an innovative change [through Littor].”


According to Seo, Littor aims to help people, especially young people, become more comfortable reading by including more interesting topics. For example, instead of focusing too much on literature itself, Littor’s most recent issue includes interviews with both novelists as well as hot K-pop star Jonghyun from male act SHINee.


Another surprising change in Littor is the writers who contribute to the magazine. In existing literary magazines, the pages are filled with the work of culture critics, poets and novelists. However, in Littor, it’s the words of the magazine’s young editors that fill the pages.


When asked how these changes may affect the quality, Seo responded that “those young editors put in a great amount of effort and have also closely studied literature as much as any other critic, poet or novelist.”


The editor also added that when it comes to sales, luck and timing matter very much, not just who filled up the pages. 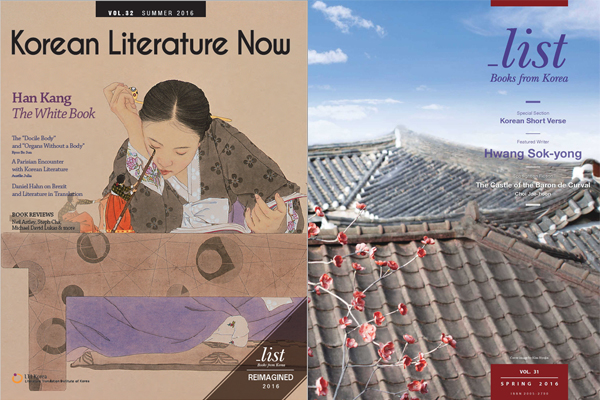 The Literature Translation Institute of Korea made some changes to its English literary magazine, including its title. On the left is the newest issue. The right is a previous issue.[LITERATURE TRANSLATION INSTITUTE OF KOREA]

“I wanted there to be a literary magazine that is different from the existing ones,” Axt’s chief editor Paik Da-huim told the Korea JoongAng Daily. “I wanted to show young people that literature is not that difficult, and therefore, I wanted to make a literary publication that is closer to a simple magazine instead of a thick book, which is what most literary magazines resemble.”


Paik also added that he decided to create Axt because he wanted to try to revive the suffering publishing industry.


“I think publishing hit its bottom two or three years ago although it has gotten a little better now. And I wanted readers turned off by novels to return through Axt.”


To resemble a magazine, Axt came up with innovative design and content to fill its pages. First, it added photos. It was brave enough to fill an entire page with photographs, which is unimaginable in traditional literary magazines that are usually filled only with words. Also, it has included movie and art sections instead of solely focusing on literature. In addition, Axt’s low price of 2,900 won shows its determination to make it more accessible to the public.


“Literary magazines have long been perceived as books, and therefore, its cost was similar to that of a book [usually above 10,000 won],” Paik said. “But with Axt, I thought it would be more appropriate to set it the price of a magazine instead of a book.” 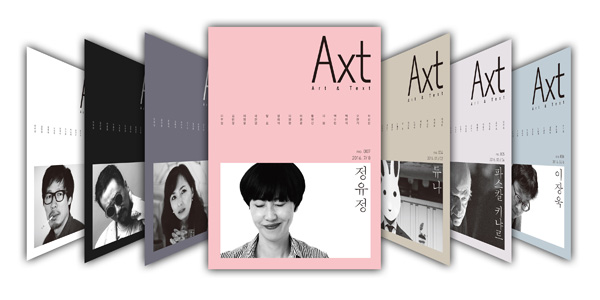 Axt is a literary magazine that focuses on novels. In order to make the magazine more appealing, Axt is priced at 2,900 won.[EUNHAENGNAMU]


Although “Mysteria” is neither the cheapest nor the most comprehensive magazine, their sole focus on mysteries has been successful enough to steadily sell around 4,000 to 5,000 copies of each issue, which is surprising considering that it does not offer subscriptions.


Mysteria is also a useful outlet for mystery authors in Korea.


The mystery magazine touches on a variety of topics such as movies, travel and cartoons. In its latest issue, for example, it introduces the opinions of filmmaker and movie critic Jung Sung-il on the recent mystery thriller “The Wailing,” released in May, as well as his general view on Korean thriller movies.


Although Mysteria tries to maintain its 12,000 won price tag, the price can vary depending on the number of pages in each issue. 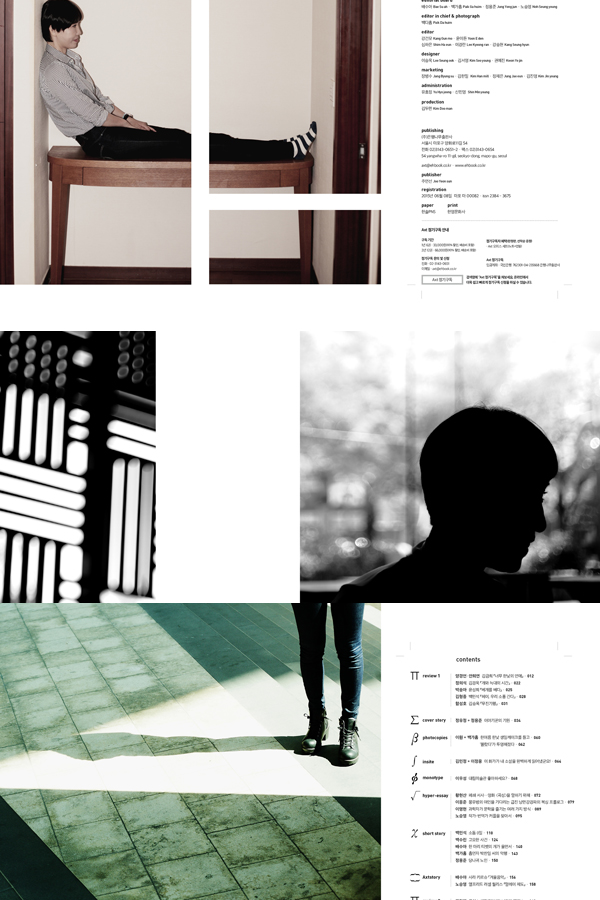 Korean Literature Now from the
Literature Translation Institute of Korea


When the novel, “The Vegetarian,” written by Han Kang and translated by Deborah Smith, won the 2016 Man Booker International Prize in May, it greatly invigorated the Korean literature world.


Amid such success, the Literature Translation Institute of Korea has decided to make some changes with its seasonal magazine to provide more diverse perspectives on Korean literature to a larger number of people.


As a part of its changes, the institute converted the English literary magazine’s title from list: Books from Korea to Korean Literature Now to make it easier for readers to search the magazine online. Under the new name, the magazine has started including foreign literature experts’ views on Korean literature.


In its latest issue, for example, the magazine includes the writing of Korean-American author Krys Lee, who recently penned “How I Became a North Korean.” The author referred to Korean literature being highlighted in prominent media such as The New York Times and The Washington Post to prove its increasing popularity.


“In the past, we published the writings of Korean critics about Korean literature in the magazine,” Yoon Bu-han, the associate director of the institute’s cultural exchange and public relations team, told Korea JoongAng Daily.


“But we’ve decided to publish the writings of foreign authors, translators, publishers and critics about Korean literature from now on to learn more about how foreign intellectuals view Korean literature.”


Yoon said that the institute thought Korean literature has gained traction abroad and thus time is ripe for such change. The institute has been publishing the quarterly magazine since 2008, targeting foreign publishing houses and literary agents.


Although many agree that now is not the best time for literature, there are varying opinions on the recent changes in the world of literary magazines.


“I’m not sure whether literary magazines’ efforts to embrace more people with its innovation will work in today’s society, where the speed of information has become crucial” said Lee Taek-gwang, a professor of American studies at Kyung-hee University and a cultural critic.


According to Lee, literary magazines that mostly come out once every two or three months lack speed to catch up with the latest trends.


On the other hand, Hwang Jin-mi said that despite the decline in literature, there are always fans of a certain sub-genre of literature.


“Although literature may have lost the significance it once had, there are still fans of many specific sub-genres within literature. For example, some people may love fantasy novels and some others may like mystery stories. As a result, new literary magazines’ efforts to change themselves by specifying into sub-genres such as Axt focusing on novels and Mysteria concentrating on mysteries are meaningful. There will always be people to consume stories.”