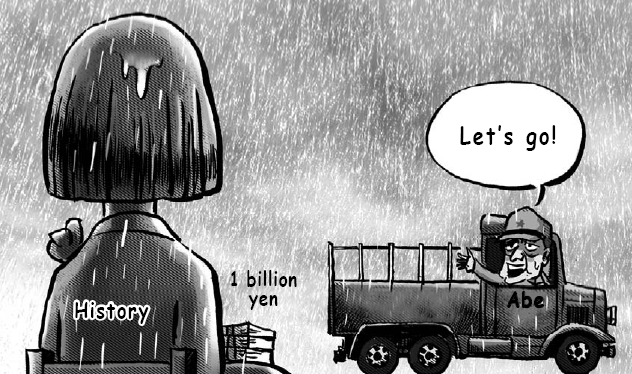 The Japanese government yesterday sent 1 billion yen ($9.7 million) to a Korean foundation for former sex slaves during World War II in accordance with an agreement between Seoul and Tokyo. Surviving “comfort women” refuse to accept the money. Japan wants a comfort women statue in front of the Japanese Embassy in Seoul removed.