How big can China’s cities get?

How big can China’s cities get? 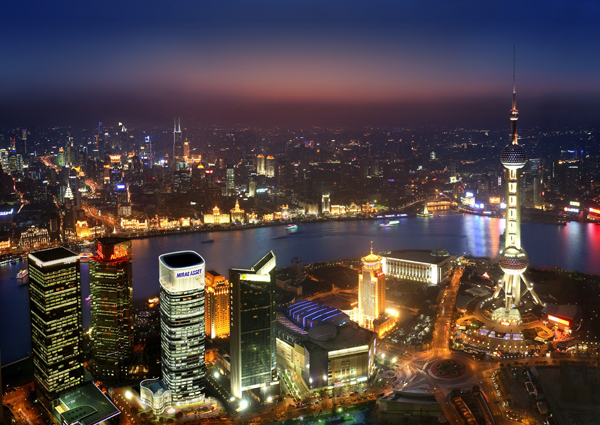 A night scene in Shanghai

By any measure, Shanghai is one of the world’s biggest cities. It’s home to more than 24 million people. Its subway system is the longest ever built, extending to its rural limits. Crowds are so thick that burly “shovers” get paid to help pack the trains. Now the local government is saying enough is enough: Documents released this week reveal that Shanghai intends to admit a mere 800,000 new residents over the next 24 years, on its way to becoming an “excellent global city.”

A population cap on one of China’s most dynamic locales may seem impractical. But the government is actually thinking bigger: The plan envisions Shanghai as the high-end hub at the center of a massive “city cluster” comprising 30 urban areas — with a staggering total population of 50 million.

That might sound preposterous. But the Yangtze Delta Cluster, as it’s known, is one of at least 19 such projects in the works. The idea is to use an extensive hub-and-spoke rail system, much of it high-speed, to better integrate China’s burgeoning urban areas. The big three clusters — located along the Pearl River, the Yangtze River and the Beijing-Tianjin corridor — will each have 50 million people or more.
The effect could be transformative. For one thing, it will create the world’s biggest labor markets, and further urbanize a country that’s still more than 40 percent rural. It should boost economic growth and efficiency. And it could help solve a growing dilemma: Many of China’s biggest cities have simply reached their limits.

“Adding more density to the cities won’t work anymore,” says Alain Bertaud, a senior research scholar at New York University who has consulted in China for decades. The problem, he says, is that those cities are increasingly fragmented.

Housing in Shanghai and Beijing has become so expensive that non-wealthy residents have been pushed to the furthest reaches of the suburbs, where commuters often face extended waits just to enter a subway station — let alone actually get on a train. The result is a large labor force that can’t be put to work by employers. Clusters may offer an antidote. In theory, those 50 million people in the Yangtze Delta Cluster will all be within commuting distance of Shanghai, yet they won’t need to jam into its over-crowded neighborhoods or rely on its overloaded public services.

There’s some precedent for this approach. Long before anyone had heard the term “city cluster,” China’s relentless expansion caused urban areas to start melding into one another. Most notable was the Pearl River Delta, where Guangzhou, Shenzhen, Hong Kong and several smaller cities merged into an informal cluster.

The organic nature of that development, though, meant that there was no regional authority to deal with the problems that resulted — the traffic, the pollution, the wasteful subsidized competition between neighbors — and an uneven distribution of social services. China’s planners are hoping that the new clusters can reap the advantages of the old ones, but with more order and efficiency.
That won’t be easy. Transportation poses a particular challenge: High-speed rail and subways can move commuters between cities, but the final journey — from station to workplace or home — is much harder. (Bertaud notes that China’s urban planners “are very interested in self-driving cars.”)

Another pressing task will be getting local governments to stop using land sales to finance infrastructure and services. Doing so induces further sprawl, raises the cost of public works and leads to ghost cities — or, at least, ghost neighborhoods — that plague China’s urban areas. New regional authorities will be needed to manage clusters that will span thousands of square miles and tens of millions of people.
With the benefit of decades, China’s city clusters could become key economic engines — and, maybe, a model for how cities around the world can keep growing.