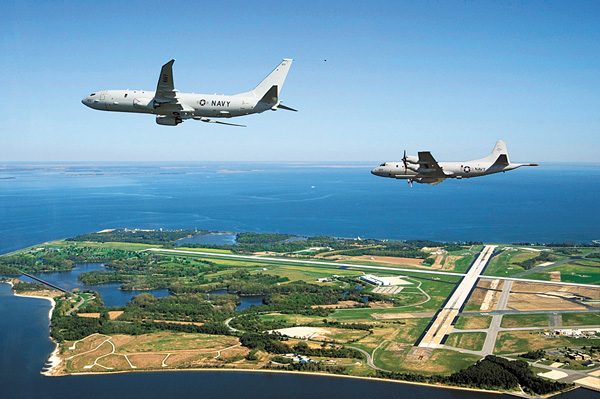 The advanced maritime surveillance aircraft being considered by the military is a Boeing P-8 Poseidon, which costs between 250 billion and 300 billion won ($223 - 268 million) per jet. The U.S. Navy has such aircraft, as do the Indian and Australian navies.

“North Korea is preparing a number of strategic ways to attack the South using its submarine fleet on top of the SLBM development,” said the official, “We are discussing whether to purchase the latest maritime patrol aircraft to detect North Korean submarines to prevent surprise attacks from under water.”

“Although we need to expand the reach of our surveillance in the aftermath of the SLBM success by the North, there are limits with the outdated antisubmarine patrol aircraft currently operated by the Navy.”

South Korea’s Navy has 16 P-3C patrol jets that were developed in the 1950s and introduced in the 1960s. Each P-3C, which runs on four propeller engines, costs about 71.3 billion won ($63.6 million). The Navy has been pushing for newer antisubmarine patrol jets since the sinking of the Cheonan warship in the Yellow Sea in March 2010, which left 46 sailors dead. The Navy concluded the ship was torpedoed by a North Korean submarine. One military official said the Ministry of National Defense agreed that additional maritime surveillance aircraft were needed and pushed to buy 12 Lockheed S-3 Viking jets. The S-3 Viking was retired from front-line service by the U.S. Navy in 2009.

The Defense Ministry now is looking at four P-8 Poseidon jets, which can fly 4,500 miles without refueling. They fly at altitudes up to 41,000 feet and speeds up to 490 knots. They are capable of striking enemy submarines immediately upon detecting them with various weaponry means such as air-dropped torpedoes. It has “twice the sonobuoy processing capability and can carry 30 percent more sonobuoys than any maritime patrol and reconnaissance aircraft currently flying,” according to its maker.

“We need to detect an enemy submarine when it surfaces in our waters. Doing so requires antisubmarine aircraft with wide surveillance coverage and high speeds,” said a Navy official. “The P-8 Poseidon equipped with the latest detection technology can enhance our operational capability.”