What is Korea developing?

What is Korea developing? 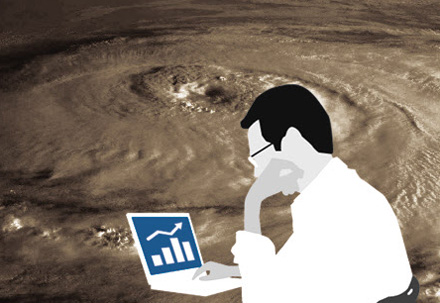 This time, the speed is descent. Next year’s government budget will be over 400 trillion won ($356.6 billion). The government budget is growing every year, exceeding 200 trillion won in the Roh Moo-hyun administration and 300 trillion won in the Lee Myung-bak administration. Government spending is growing by 100 trillion won with each new administration.
But the speed is applied not just on growing but also on shrinking. From next year, the growth potential will fall below 3 percent. It is a prediction by the Hyundai Research Institute, and the LG Economic Research Institute has made a similar forecast. Ten years later, it will be 2 percent. Growth potential is the expected growth that the country can attain without some excessive measures. Looking at the two speeds together tells us that Korea’s spending is growing but the rate of income increase is slowing. So it is questionable whether we can really afford a 400 trillion-won budget.

One third of next year’s 400 trillion-won budget is allocated for health, welfare and labor. It may be affected by populism, but spending state funding in these areas is the right direction. The government is also working to improve the low birth rate. Also, it is a reasonable change in direction to switch the focus from infrastructure to welfare.

But there is a place where the flow is stubbornly fixed. The manufacturing sector is flowing out of the country like an ebbing tide. Overseas production in the manufacturing sector was 18.5 percent in 2014, on a par with Japan on average. Half of automobiles and 80 percent of electronic devices are manufactured abroad. But we seldom hear about high-added value industries coming into Korea.
When asked about fiscal health, Vice Minister of Strategy and Finance Song Eon-seok said, “As the demographic structure has changed, welfare spending will grow even when the current system is maintained.” He is right. But the problem is that the direction of the welfare budget increase is clear when the effect of “bringing back the manufacturing sector” policy is questionable. Can we deal with the welfare, health and labor budget that will continue to grow naturally?

Korea finished the Rio Games in eighth place, and Korea’s place for economics is about the same. In the first half of this year, Korea was the seventh largest exporter. Korea joined the Organization for Economic Cooperation and Development, a club of developed nations, 20 years ago. But Korea is rarely categorized as a developed country. Similarly, no matter how many gold medals we win, we are not considered a sports power. It is not how other countries perceive Korea, but it is how we feel about ourselves.
So Korea’s real coordinate is not a developed nation. But there is a question that we must answer if we consider Korea a “developing country.” What is in development now? Existing industries are saturated and have little room for improvement and new industries have a long way to go. We raised the flag for creation, but not much has been created. Again, I ask Korea: What are you developing?


*The author is head of digital news at the JoongAng Ilbo.