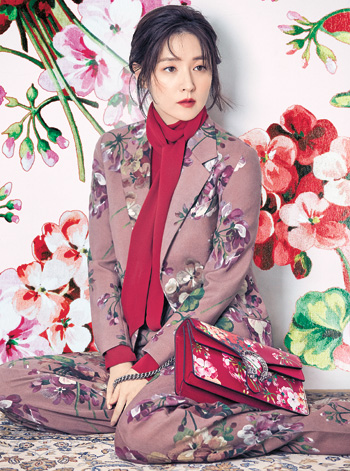 Actress Lee Young-ae will appear in a music entertainment program to air during the Chuseok holiday.

Tentatively titled “A Star Who Sings,” the program will be aired at 11:20 p.m. on Sept. 16. The news excited many of her fans, since she has had few entertainment program appearances since her debut 26 years ago.

The actress reportedly took a long time to make up her mind to take part in the show.

“I realized the importance of family after I got married and started raising children,” Lee reportedly told the show’s crew. “So I wanted to naturally interact with viewers by sharing daily life like a family during Chuseok.”

In the show, Lee will discuss the songs she enjoys listening to, and will also personally sing. Lee will describe her daily routines and talk about her children.

Musician Yoon Jong-shin, comedian Lee Soo-geun and singer Kang Seung-yoon from male act Winner will be the main hosts for the program.