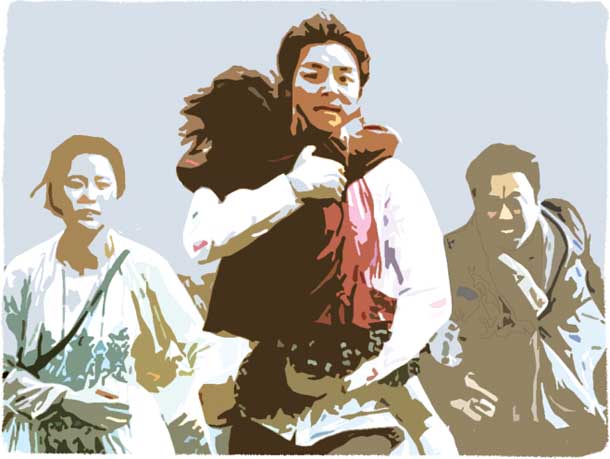 Few expected the movie “Train to Busan” would become so big. As of Sept. 1, the zombie blockbuster broke the 10 million ticket milestone. “Tunnel” then topped the box office and recorded more than 65 million viewers. Both are disaster movies. They competed with history-based movies like “The Last Princess,” which portrays the life of Princess Deokhye of the Daehan Empire (1897-1910), and war blockbuster “Operation Chromite,” a movie about the Battle of Incheon during the Korean War. The fictional disaster movies did better than reproductions of real events and figures. Audiences were more drawn to dramatized fiction than what had happened for real.

French director Francois Roland Truffaut said, “A film is not a success unless it touches the public that one has had in mind right from the moment of choosing the subject matter to the end of production.” There is a psychological term “social consciousness,” or consciousness shared by the individuals within a society. If a movie about a ruthless psychopath is popular, it means that people in the society in general felt the world was cruel. Zombies do not exist and tunnels do not crumble down. But people sympathize with them as if they are possibilities.

Apocalypse in Latin origin includes the meaning of uncovering what is concealed. Calamities and disasters reveal something about the reality. What did the movies then reveal to the viewers? They first of all would have sympathized with the dichotomously divided world. On the “Train to Busan,” the passengers were divided between those infected and uninfected. A train is designed to stratify the cabins to different classes. The cabins are differentiated between the first and general class depending on the ticket price. The convenience and service also differ. The ticket price gives justice to the discrimination. Zombies have upset the traditional class conventions. Once infected, a corporate executive in the first class and homeless stowaway are pushed into the same cabin.

The film shows us that the uninfected can be more cruel and inhuman than zombies. They justify selfishness for their survival. They do not care if others are sacrificed to save their own life. The good people in the movie all have one thing in common — they have someone they love with them. A father with a daughter and couples and people with partners are portrayed good. Ironically, that makes them weak as well.

Distorted information and plotted media worsens crisis. Instead of addressing the crisis, authorities are busy controlling information media. Dichotomy and incompetence of power is also a theme in the film “Tunnel.” People are divided into those stuck inside the tunnel and those safe outside. The outside people who first agreed to the cause of rescuing a survivor are swayed by economic and financial reasoning.

The people outside the tunnel are no different from the uninfected passengers on the “Train to Busan.” Empathy and care are eclipsed by numbers and odds. Hollywood disaster movies are dominated by visual spectacle and ends in heroic triumph. But in Korea, disaster movies are literally about disasters. They are man-made and not earthquakes, super typhoons, or clash with comets that are beyond human control.

Why have we made disasters to calamities? Jung-soo, trapped in the tunnel, shares his water bottle with another survivor. But the people outside are guided by selfish interests and economic reasoning. The 6.5 million viewers may have felt more attached to the helpless and isolated survivors in the tunnel. The 11 million who had seen “Train to Busan” also may have returned home feeling family is the last resort. The truth has become clearer upon fictional visualization of the dysfunctions and irregularities of the society, distortions and monopolization of information and lack of order and control.

Zombies may never appear, but if they do, Seoul Station would be as chaotic as the scene in the film. If someone is trapped in a tunnel, we may see the same incompetence and irresponsibility from the authorities. This is the reality we must address. This is why we feel like the disasters in the two films are so real.

The society we live in is being fractionalized without hope. Because they are fictions, the train to Busan eventually arrives at its destination and there is eventually an end of the tunnel. If the reality feels more cruel and frustrating and if we can only get comfort out of a happy ending in disaster film, we may actually be living a disaster. What this year’s Korean disaster films may have given to the audience is a sense of hopelessness for Korean society.


*The author is a professor of Kangnam University and film critic.