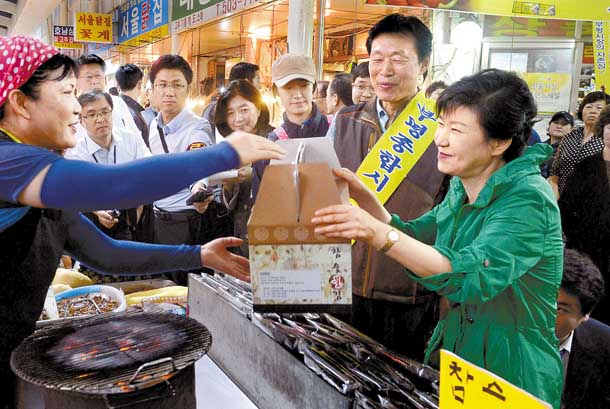 I confess that I love to “cosplay” as a cultured person. I often visit art museums because I love quiet places, but I don’t really know about arts. When a famous exhibition is taking place, I endure the pain of standing in a long queue. It’s unfortunate because I don’t really feel electrified by the emotion. I feel small with my layman’s five senses in front of hundreds of paintings.

The situation was no different during my visit to a museum in Europe during my summer holidays. In a western painting, a woman holding an apple is Venus, a woman wearing a fur coat and accompanied by a peacock is Hera and a man holding a wooden cross and wearing leather clothing is John the Baptist. Because I have no knowledge of such basic symbolisms, I became fed up after looking at similar paintings depicting pretty young women and gentle old men.

“You are not alone,” said a friend, who majored in western arts and is working as a guide, to comfort me. According to the friend, the classicists probably felt the same, because they believed that harmony and balance were the best. “Only those who think and believe in portraying one’s emotion [through art], can make sense of the famous Vincent van Gogh,” he said.

A public servant from the Ministry of Trade, Industry and Energy said that electricity bills will be affordable if the air conditioner is turned on for eight hours a day. Agriculture Minister-nominee Kim Jae-soo paid just 190 million won ($170,100) for his seven years of living in a 3,309-square feet apartment. Culture Minister-nominee Cho Yoon-sun spent 500 million won a year for her living expense.

As I learned about them, I thought about a classicist who would not understand van Gogh. And the same goes for the 154 first-term lawmakers with an average of 3.4 billion won of assets. They all lived their lives in a time and backgrounds that are incapable of understanding the common people.

It is my hope that the president, public servants and lawmakers stop their “cosplay” at traditional markets during the upcoming Chuseok holidays. Even if they go to the markets and face the people, as I go to a museum to see a painting, they won’t understand the public if they truly do not understand the people’s lives.

They should rather spend the time to read the recent economic index or policy reports. They may not understand the common people, but they should at least know why the public is acting the way they are.


*The author is a political news reporter of the JTBC.