So long to the Asian sweatshop

So long to the Asian sweatshop 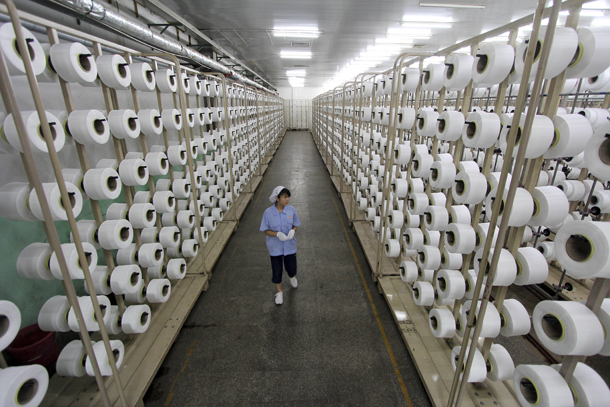 A worker labors at a textile factory in Jinjiang city in southeast China’s Fujian province in 2012.

For 30 years, the word “sweatshop” has conjured up a very specific image: low-wage Asian workers making branded clothes in crowded, unsafe factories for consumers overseas. The power of that image has launched human rights campaigns, altered how major companies source their products and informed (often incorrectly) how politicians in rich countries shape their trade policies.

Now that image is fading into history. In Asia, at least, the factors that made sweatshops an indelible part of industrialization are starting to give way to technology.

A recent report from the International Labor Organization found that more than two-thirds of Southeast Asia’s 9.2 million textile and footwear jobs are threatened by automation — including 88 percent of those in Cambodia, 86 percent in Vietnam and 64 percent in Indonesia.

Whether that will be good for workers in general is debatable. But one thing is certain: the heyday of the Asian sweatshop is ending.

Nowhere is that shift clearer than in Cambodia. Since the mid-1990s, global manufacturers have off-shored production there to take advantage of the country’s low wages, loose regulation and large population of rural residents eager for wage-paying jobs in the city. The result was a boom: By 2015, textile and footwear exports had become a $6.3 billion industry. They now account for about 80 percent of Cambodia’s export revenue.

From 2014 to 2015, their average wage rose from $145 a month to $175, in a country where per-capita income is about $1,000 a year. That trend has repeated itself across Asia, especially in the garment-making centers of China and Vietnam.

And that’s where things get sticky. Increasing competition from low-wage economies has pushed down garment prices worldwide. The average cost of clothing exported from Cambodia to the U.S. fell by 24 percent between 2006 and 2015. For a manufacturer, that would be hard to swallow if wages were static; when wages are rising, it threatens to become a crisis.

In response, some factories have simply closed up shop. Some Chinese producers have moved to Southeast Asia, where they hoped the low-wage good times would persist. But they haven’t. And that leaves two options: negotiate better prices from Nike, H&M and other companies that outsource to Asia (unlikely), or increase productivity.

With little leverage against the brands, Asia’s garment-makers have pursued the latter option — largely by investing in automation.

Of the new technologies they’re putting to work, perhaps the most common are machines that automate the tedious process of cutting fabric, a staple task in every garment factory. The estimated time to break even on such technology — 18 months — pretty much ensures that the days of low-wage workers hand-cutting fabric are dwindling. Adidas Indonesia wants to reduce the proportion of manual labor in its cutting process to 30 percent. Hung Wah Garment Manufacturing in Cambodia has eliminated manual cutting outright.

And that’s just the start. 3-D printing and other emerging technologies should allow manufacturers to meet customer specifications with unmatched quality, at speeds not previously imaginable, and with far less human labor. Even worse for Asia’s workers is that Western companies may bring those same technologies back home and eliminate their overseas factories.

The good news is that Asia’s upwardly mobile factory workers are becoming consumers themselves, especially in China, and they should have more to spend on shoes and clothes in the years ahead.

The bad news is that there’s no obvious way to absorb the less fortunate workers who will lose jobs to automation. That’s no reason to mourn the passing of sweatshops. But it is reason to worry that Asia has yet to find a good replacement for them.