Song Min-ho and Bobby team up as MOBB

Song Min-ho and Bobby team up as MOBB 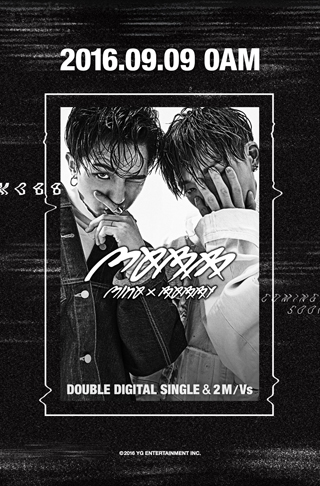 YG rappers Song Min-ho from the male act Winner and Bobby from iKON will return as a collaborative unit,

YG Entertainment, the management company of both rappers, posted a new teaser poster on their official blog on Sunday for Song’s new title track, ‘Body’. The teaser was posted one day after the announcement of Bobby’s new solo track, “HOLUP!”

The teasers for the new album follow the announcement of the collaboration between Song and Bobby.

The two previously proved themselves to be talented rappers rather than just simply being idol stars. Bobby won the MNET hip-hop survival program, ‘Show Me the Money 3’ (2014), and Song was a finalist for ‘Show Me the Money 4’ (2015), while also spawning chart-topping hits through the program, such as “Fear” and “Okey Dokey.”

Regarding the topic of the in-house rivalry between the two, a YG official said, “Although the two may be in different groups now, they share a special bond that formed during their long trainee days. There is not a rivalry. Rather, they are companions that support each other.”