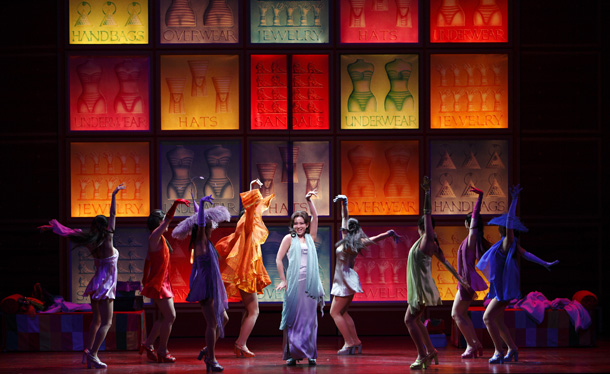 Korean production of a hit musical “Aida” is coming back with some new and old cast in November. Above is a scene from the last production of the show, where actress Jeong Sun-ah plays Amneris. This year, Ivy and Lee Jung-hwa will alternate the role. See THEATER, below. [SEENSEE COMPANY]

The story follows the relationship among the daughter of Pharaoh, Amneris, the princess of Nubia, Aida and captain Radames of the Egyptian army.

Alessandra Ferri, former principal dancer and Herman Cornejo, current principal dancer of the American Ballet Theater are coming to Korea to be on stage on October 23 and 26. Ferri has gained worldwide acclaim for playing the role of Juliet. The first act displays the masquerade, the threshold of the tragedy; the second features the balcony scene pas de deux; act three opens in Juliet’s bedroom, heading for the tragic ending.

To Oct. 3: People in Korea often go to see horror movies to escape the hot weather, but one musical is trying to lure people into the theater as well. 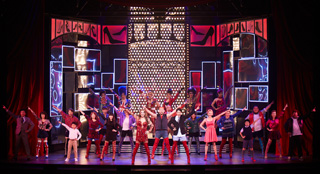 To Nov. 11: The Korean production of the popular Broadway musical “Kinky Boots” is being staged for the second time with some new cast members including veteran musical actor Chung Sung-hwa as Lola, the drag queen. This award-winning musical, which is based on the 2005 film of the same name and features music composed by pop icon Cyndi Lauper, has been co-produced by Korean entertainment giant CJ E&M. The local producer requested audiences “come to the show adorned in something red so that everyone can be a part of the show and have a little fun.” Some new cast members include Kim Ho-young and Lee Ji-hoon, who will be alternating the role of Charlie and actress Kim Ji-woo, who’s been cast to play Lauren, a factory worker.

Friday: At the “Pipe Organ Festival at Ewha,” organist Carol Williams will perform a variety of pipe organ pieces, such as the classics of Johann Sebastian Bach as well as pieces she has composed including “Suite for Organ, Op. 5.” She has added her own cutting edge style to the classical pipe organ.

Williams was named the first woman in the United States to be the Civic Organist in 2001 and she is currently working as the Organist of San Diego, California. She is also famous for collaborating with musicians from diverse genres including jazz, rock and the blues.

The festival at the university is held annually, inviting famous artists to present the charm of the pipe organ.

Sept. 21: Every third Wednesday, a special concert titled “Yonsei Classic” is held at the Kumho Art Hall Yonsei. The series began in March and has invited a variety of classical musicians. In September, Yonsei Classic hosts a recital by Austrian violinist Rainer Kuchl.

Kuchl has led the Vienna Philharmonic and Vienna State Opera for 45 years as a concertmaster since 1971 at the age of 20. Kuchl has given performances with various maestros of the century such as Karl Bohm, Leonard Bernstein and Carlos Kleiber among others. Also, in 1973, he founded the Kuchl-Quartet, which is presently known as the Vienna Musikverein Quartet. After August, he retires from the Vienna Philharmonic, and this will be his first recital in Korea after retirement.

Sept. 23-25: After five years, the third label concert of Antenna, the talent agency of Yoo Hee-yeol, is ready to meet the fans. Jung Jae-hyung, Lucid Fall, Peppertones and five more singers are ready for the concert. Additionally, Yoo will be on stage under the name of Toy.

Originally the concert has been scheduled for only the weekend, but due to popular demand, the tickets sold out quickly. As a result, the agency has decided to add one more day.

With the agency’s motto of “Good People, Good Music,” special collaborations among the artists will be performed. 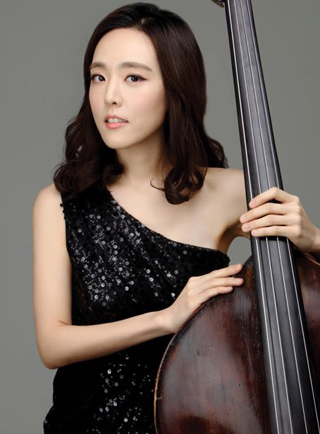 Sept. 25: It’s not a common opportunity to see a talented female double bassist in Korea so Kwak Se-hyun’s upcoming recital is worth checking out. After graduating from Seoul National University, she went straight to the University of Texas at Austin and recently came back to her motherland with a PhD in music. To celebrate her comeback, Kwak is holding a recital at the Kumho Art Hall in central Seoul. The program includes Bach’s “Cello Suite No. 1 in G Major,” Hindemith’s “Sonata for Double bass and Piano” and Proto’s “A Carmen Fantasy for Double Bass and Piano.” Kwak will be accompanied by pianist Park Cho-rong.

Nov. 10: After the sensational recital of the two together in 2013, once again, the violinist Clara-Jumi Kang and the pianist Son Yeol-eum are holding a duo concert. The concert will be centered on their recent album, recorded in March at Beethoven Hall in Hannover, Germany.

Kang is the gold medal laureate of the 2010 Quadrennial International Violin Competition of Indianapolis.

Son garnered attention when she performed as a soloist with the New York Philharmonic Orchestra in 2004. In 2011, she won the silver medal at the International Tchaikovsky Competition.

The program of the concert includes the music of Johannes Brahms, Clara Wieck Schumann and Robert Schumann.

Oct. 5-7: Gugak musician Jang Sa-ik is giving a performance after having surgery on a lump on his vocal cord. As his expertise lies in pansori, or the traditional narrative singing, the singer has to project the sound as loud as possible and be exact at the same time.

The title of the performance, “Like a Flower, Like a Tear,” is from a poem written by Kim Chun-su. In a letter he wrote while he could not sing he was full of tears, and now finally, he felt like a flower after being able to sing again. Beginning with this show in Seoul in October, he plans to perform in seven other cities. It is a new beginning to his singing career.

The group will perform the four seasons. The group performs traditional dance, but the company adds modern elements to counter the impression that old is inherently stuffy or antiquated.

Dongkuk University Station, line No. 3, exit 2 for the shuttle bus. Bus 02 or 420, the National Theater of Korea bus stop.

Fifty artists will perform across four stages, including famous indie musicians like 10cm, Daybreak, Kwak Jin-eon and Broccoli. Attendees can also participate in various attractions. Entrance will be free for fans that have attended every year thus far, who will also receive a special gift. The festival starts at 12 p.m.