Giorgio Moroder teams up with Sistar

Giorgio Moroder teams up with Sistar 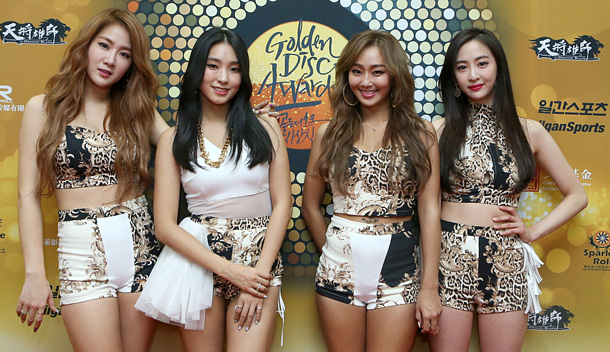 The collaboration project will be unveiled at the 2016 Seoul International Music Fair (2016 MuCon) on Oct. 6. After unveiling the new track, it will be available worldwide.

During the MuCon press conference on Tuesday at MBC, Moroder said, “I’m excited to reveal the track that I worked on with the hottest girl group in K-pop.”

Sistar member Hyorin, who was in attendance at the press conference, said, “We are honored to have the chance to work alongside Giorgio Moroder, a pioneer of electronic music. We are excited to see how our group will work with this type of music. We also hope that this collaboration will bring more exposure to K-pop in general.”

Moroder is best known among Koreans as the producer for the official anthem of the Seoul 1988 Summer Olympics, “Hand In Hand.” He is also a three-time Academy Award winner and four-time Grammy Award winner, especially recognized for his work in the 1983 film “Flashdance.”

Sistar debuted in 2010 with their mini-album “Push Push” and recently released the chart-topping album “I Like That” in June.