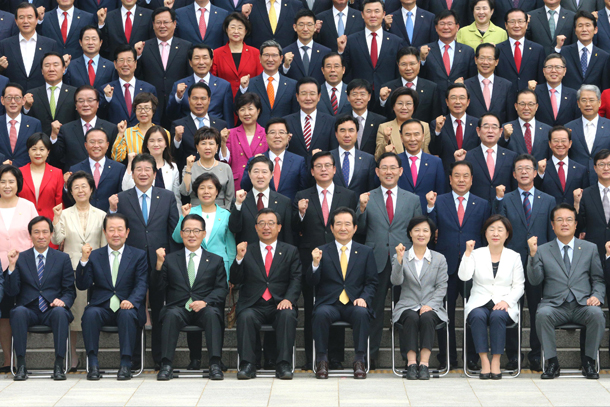 Full members of the 20th National Assembly pose for a group photo at the stairs leading to the main chamber in Yeouido, Seoul, on Wednesday. They were initially scheduled to take the group photo on the first day of the regular session of the 20th Assembly, but ruling Saenuri Party lawmakers refused to attend the photo session, blaming Assembly Speaker Chung Sye-kyun for not maintaining political neutrality when he made his opening remarks on Sept. 1. [NEWSIS]