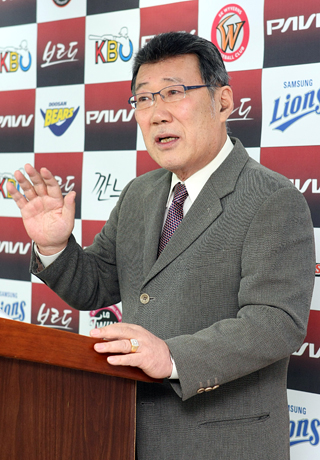 A famous baseball commentator beloved not only by sport fans but also the general public was found dead in his office in southern Seoul Thursday morning in an apparent suicide.

Ha Il-sung, who worked as a commentator for more than 30 years, had apparently hanged himself in his office. His body was discovered by a co-worker in the morning. Ha was embroiled in an investigation targeting him for allegedly taking 50 million won ($45,789) from the parents of a baseball player in return for using his influence in the baseball community to help the player get drafted by the professional baseball team, the NC Dinos. Ha was sued by the parents when their son did not make the team.

The Busan District Prosecutors’ Office indicted him without physical detention on charges of fraud in late July.

In a phone interview with the JongAng Ilbo, Ha flatly denied the accusations, saying he had never met the father. He said he had not even borrowed money from him and insisted all he did was talk to him on the phone twice.

He added, “I have nothing left except my honor. Shouldn’t people at least respect that?”

Police said there was no suicide note, but Ha wrote a text message meant to be sent to his wife, saying he loved her and was sorry. The text, saved in his phone, was not sent.

Since his debut in sports broadcasting in 1982, Ha had been beloved by baseball fans for his in-depth expertise in the sport as well as his friendly manner, which also won him favor with the general public and gained him celebrity status. Ha was reported to have amassed a considerable amount of wealth during his well-known career, and at one point he paid 100 million won in income taxes. But he was reportedly cheated by one of his acquaintances when he tried to sell a building he owned and was subsequently left badly in debt. Ha paid off his debts by borrowing money and appearing on TV programs.

Ha served as secretary general of the Korea Baseball Organization between 2006 and 2009. He is survived by his wife and two children.

A moment of silence was observed at five stadiums on Thursday before the start of professional baseball league matches.