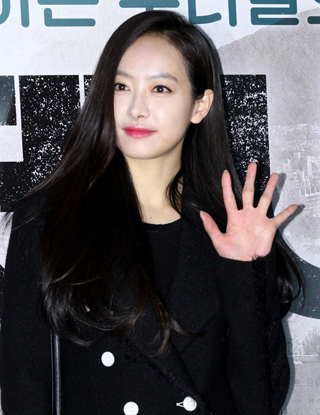 Victoria, a member of SM Entertainment girl group f(x), has denied rumors that she is dating Chinese actor Yang Yang.

On Wednesday, the artist posted on Chinese social media site Weibo that “life is too short to spend precious time on meaningless people [referring to rumor spreaders].”

Addressing the rumors, she wrote, “I am currently single.”

Her Chinese agency released a public statement on the same day, addressing their intentions to take possible legal action against the rumor spreaders.

On Tuesday, Victoria wrote on her Weibo account, “the good and evil will get what they deserve. It’s only a matter of time.”

The singer has been the victim of malicious rumors since April, some of which involved dating speculations with her manager.

The actor previously uploaded a picture of the two on his Instagram account, and even referred to the f(x) member as a “goddess” on social media.

Victoria’s group f(x) debuted in 2009 with the digital single “LA chA TA.” Since the release of their last album “4 Walls” in December 2015, the group members have been focusing on their own individual projects.