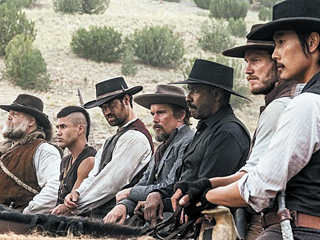 The peaceful town of Rose Creek is taken over by the gang of industrialist Bartholomew Bogue, played by Peter Sarsgaard. The group’s merciless exploitation gives the townspeople no choice but to leave their home, among them is Emma Cullen, played by Haley Bennett, who ends up watching her innocent husband get slaughtered. She hires a bounty hunter, Sam Chisolm (Denzel Washington), for revenge, suggesting her whole fortune in return.

In a world where justice is brutally massacred by evil, the team of tough guys prepare for a fight to give the innocent their lives back.

The movie’s origin dates back to the Japanese film “The Seven Samurai” released in 1954 and directed by Akira Kurosawa. In 1960, an American remake of the movie, “The Magnificent Seven” was released and was much loved by audiences.

“The Magnificent Seven” of 2016 is also drawing much attention, with many looking forward to the plot in which a historical film and director Antoine Fuqua’s imagination are blended.

Korean actor Lee Byung-hun is getting the eye, playing a good-willed character for his first time in a Hollywood film, since his Hollywood debut in 2009, appearing in G.I. Joe: The Rise of Cobra. 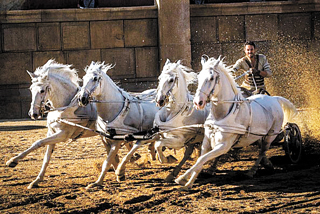 A Jewish nobleman Judah Ben-Hur (Jack Huston) loses everything when his adoptive brother Messala (Toby Kebbell), an officer in the Roman army, betrays him and falsely accuses him of treason. Ben-Hur consequently serves five years of slavery as a rower, after which he seeks revenge on Messala.

Ben-hur’s fate leads him not to a revenge that is treacherous, but one that is just - through a chariot race against Messala.

The former slave fights against the empire, standing between life-long vengeance and death.

This is the fourth film based on Lew Wallace’s book “Ben-Hur: A Tale of the Christ” published in 1880. The first, released in 1907, was a silent 15-minute-long short film, showing only the main scenes of the plot. The second, released in 1925, was also a silent film, but was called a blockbuster at the time, owing to the vast production fees put in.

The third, released in 1959, was a blast, being the first film ever to grasp 11 Academy Awards. It maintains its fame to this day by being selected among the top 100 films by the American Film Institute in 2007.

The film is expected to attract viewers from various age groups, from the elderly walking into the theaters in nostalgia to the young drawn by the grand scale of the film’s scenes. Viewers will also enjoy the tense competition between brothers who once shared warm memories, ready to ferociously take each other down. 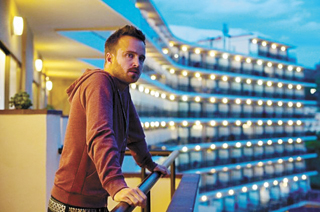 On the night of the New Year’s Eve, when everyone is cheering with new resolutions and dreams, one stands alone on top of a skyscraper, ready to dive into the world of death where everything, but also nothing can be expected.

Except, he realizes he’s not up there alone.

Four strangers coincidentally meet on the skyscraper roof, with one thing in common - they were ready to kill themselves.

The unexpected encounter leads them to write up a contract on the backside of their wills, promising to never commit suicide before Valentine’s Day.

The four slowly feel closer and closer to each other, growing a sense of trust and affection. Will their life-saving friendship make way for each of them to discover new hopes in life?

Every human being goes through bitter struggles and sweet happiness. Instead of disguising the other and emphasizing only one side of life, the film tells an honest story of how we fight through our hardships and seek warmth.

The British film, released in Europe in 2014, sets foot in Korea to burst the audience into much laughter and possibly, some tears.

The acclaimed director Woody Allen has returned with another heart-thrilling romance film, Cafe Society, which refers to the socialites who gathered together at sophisticated cafes during the 1930s.

A New Yorker full of dreams, Bobby (Jesse Eisenberg), sets foot in Hollywood determined to succeed in his career. He puts a lot of effort into settling in the socialite world, only to be captured by a beautiful woman Vonnie (Kristen Stewart).

The film draws the delicate emotions of the young man and woman, who ponder over choosing between the reality and the romantic dream everyone has once dreamed of.

The film kicked off the 2016 Cannes Film Festival, being screened as its opening film.

Viewers may not only enjoy the magical scenes depicting fashionable socialites and sophisticated nightclubs, but also relate to the puns lying within about our bittersweet lives.

Vietnam War veteran, Ki-gwang (Park Keun-hyong), is a driver of a factory shuttle bus. One day, he finds out that his son has committed suicide.

He goes to the funeral and meets his granddaughter, Bo-ram and he desperately wants to tell her that her father did not kill himself. In order to find evidence, Ki-gwang starts to investigate. As he investigates the case, his sadness changes into rage. He finds a critical clue that can unveil the truth hidden behind the alleged suicide.

Now, Ki-gwang has to prepare to fight against the reality of the situation in order to protect his only granddaughter.

Park made his debut in 1957, which makes this year his 59th year of acting. For this film, he even attained a bus driver’s license, so that he could delve into the life of a bus driver in depth.

The film gives a twist to the typical old man character found in many films. In the process, it reflects on many insecure and negative aspects of present society. 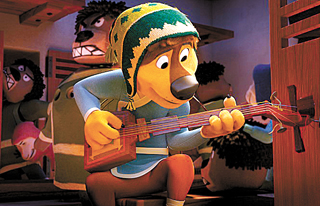 A music-loving dog Bodi, voice acted by Luke Wilson, cannot hold himself from singing, which brings him the biggest joy of all. But his father Khampa, voice acted by J.K. Simmons, raises Bodi as a guard to keep the village safe from vicious wolves.

Then, just like magic, a radio falls from the sky into the hands of Bodi. With his only link to the musical world, Bodi listens to the voice of Angus Scattergood (Eddie Izzard), a world-renowned rock legend cat. Gaining courage from the words of Angus, Bodi leaves to the city to achieve his long-lived dream.

The problem only grows bigger, though, with the greedy wolves searching for Bodi.

The film attracts both children and adults with vibrant images and inspirational music.

It is based on Chinese graphic novel “Tibetan Rock Dog”, reflected in the diverse cultural backgrounds within the film. Viewers may enjoy the change in atmosphere from a feudal Asian society to a state-of-the-art world full of intelligent robots, as Bodi seeks a new world in pursuit of his dreams.