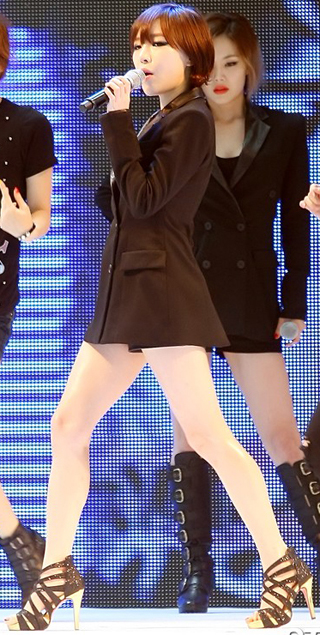 Brown Eyed Girls member Gain returns with a new style for her comeback.

The singer strayed from her trademark “smoky”’ eyeliner for the album “End Again,” opting to use much less makeup.

On a live show hosted by the artist on the Naver V app on Thursday, she said, “I think fan reception to my new concept is split. But, I knew that they were getting too used to my usual makeup, so I wanted to change it this time.”

Her new single, “Carnival (The Last Day),” is included in the first section of a two-part album to be released separately within this year. The track also includes a contribution from Grammy-award winning producer Brent Fischer.

Gain debuted as a member of Brown Eyed Girls, an R&B vocal group, in 2006. Since then, the group has firmly placed itself
within Korean pop culture, releasing the smash hit “Abracadabra” in 2009.