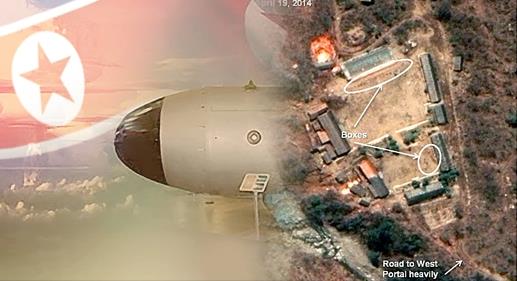 A tremor with a magnitude of 5.3 was detected at North Korea’s nuclear site Friday morning, raising speculation Pyongyang carried out its fifth nuclear test.

Friday was the 68th anniversary of the North Korea’s Foundation Day, which celebrates the founding of the nation.

The 5.3-magnitude earthquake was detected at the Punggye-ri nuclear site in North Hamgyong Province at 9:30 a.m., South Korea time, where the Pyongyang regime conducted its fourth nuclear test in January, according to the European Mediterranean Seismological Centre (EMSC).

The earthquake originated from a depth of 2 kilometers underground at the Punggye-ri site, the EMSC reported.

Given the location of the earthquake, it is likely to have been the North’s fifth nuclear test, the second nuclear test this year, which is certain to draw heavy international condemnation and additional sanctions.

South Korea’s Joint Chiefs of Staff reported an artificial earthquake with a magnitude of 5.0 was detected at 9:30 a.m., local time, and said it was analyzing it to confirm whether it was a nuclear test.

The National Security Council of the Blue House will hold an emergency meeting presided over by Prime Minister Hwang Kyo-an at 11 a.m. Friday to discuss the event.

The North first carried out its first nuclear test in 2006, the second in 2009, the third in 2013 and fourth in January. In the wake of the fourth nuclear test, the UN Security Council slapped the strongest-ever sanctions on the Pyongyang regime in March, banning exports of good that could be used for its nuclear and missile programs.