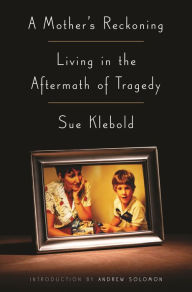 A Mother’s Reckoning: Living in the Aftermath of Tragedy

On April 20, 1999, Eric Harris and Dylan Klebold walked into Columbine High School in Littleton, Colorado. Over the course of minutes, they would kill twelve students and a teacher and wound twenty-four others before taking their own lives.

For the last sixteen years, Sue Klebold, Dylan’s mother, has lived with the indescribable grief and shame of that day. How could her child, the promising young man she had loved and raised, be responsible for such horror? And how, as his mother, had she not known something was wrong? What, if anything, could she have done differently?

These are questions that Klebold has grappled with every day since the Columbine tragedy. In “A Mother’s Reckoning”, she chronicles with unflinching honesty her journey as a mother trying to come to terms with the incomprehensible. In the hope that the insights and understanding she has gained may help other families recognize when a child is in distress, she tells her story in full, drawing upon her personal journals, the videos and writings that Dylan left behind, and on countless interviews with mental health experts.

Filled with hard-won wisdom and compassion, “A Mother’s Reckoning” is a powerful and haunting book that sheds light on one of the most pressing issues of our time. And with fresh wounds from the recent Newtown and Charleston shootings, never has the need for understanding been more urgent.

All author profits from the book will be donated to research and to charitable organizations focusing on mental health issues. 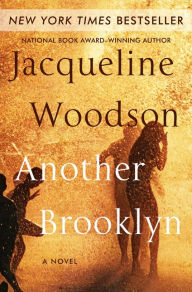 Running into a long-ago friend sets memories from the 1970s in motion for August, transporting her to a time and a place where friendship was everything - until it wasn’t. For August and her girls, sharing confidences as they ambled through neighborhood streets, Brooklyn was a place where they believed that they were beautiful, talented, brilliant - a part of a future that belonged to them.

But beneath the hopeful veneer, there was another Brooklyn, a dangerous place. A world where madness was just a sunset away and fathers found hope in religion.

Like Louise Meriwether’s “Daddy Was a Number Runner” and Dorothy Allison’s “Bastard Out of Carolina”, Jacqueline Woodson’s “Another Brooklyn” heartbreakingly illuminates the formative time when childhood gives way to adulthood - the promise and peril of growing up - and exquisitely renders a powerful, indelible, and fleeting friendship that united four young lives. 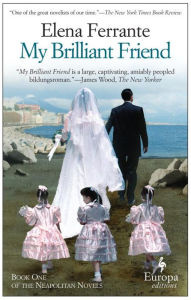 A modern masterpiece from one of Italy’s most acclaimed authors, “My Brilliant Friend” is a rich, intense, and generous-hearted story about two friends, Elena and Lila. Ferrante’s inimitable style lends itself perfectly to a meticulous portrait of these two women that is also the story of a nation and a touching meditation on the nature of friendship.

The story begins in the 1950s, in a poor but vibrant neighborhood on the outskirts of Naples. Growing up on these tough streets the two girls learn to rely on each other ahead of anyone or anything else. As they grow, as their paths repeatedly diverge and converge, Elena and Lila remain best friends whose respective destinies are reflected and refracted in the other. They are likewise the embodiments of a nation undergoing momentous change. Through the lives of these two women, Ferrante tells the story of a neighborhood, a city, and a country as it is transformed in ways that also transform the relationship between her protagonists.

Ferrante is the author of three previous works of critically acclaimed fiction: “The Days of Abandonment”, “Troubling Love”, and “The Lost Daughter”. With this novel, the first in a tetralogy, she proves herself to be one of Italy’s great storytellers.