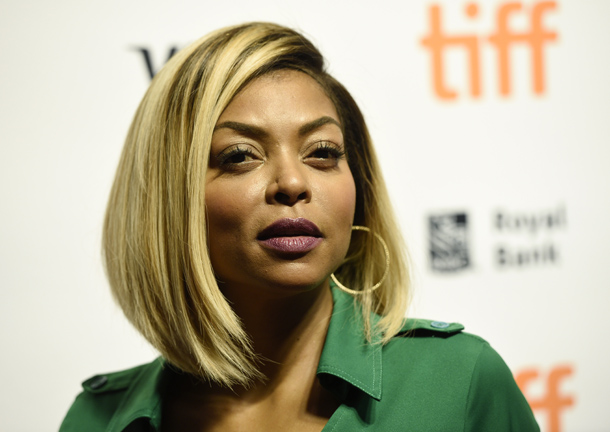 TORONTO - “Hidden Figures,’’ a drama about an African-American mathematician at NASA in the early 1960s, isn’t finished yet, but a sneak peak of about 30 minutes of footage was enough to move one of its stars, Taraji P. Henson, to tears.

Twentieth Century Fox previewed the film Saturday at the Toronto International Film Festival for press, before its producer and co-composer Pharrell Williams treated wet festival-goers to a brief outdoor concert.

The film is about a trio of lesser-known NASA figures Dorothy Vaughn (Octavia Spencer), Katherine Johnson (Henson) and Mary Jackson (Janelle Monae) who played an integral role in the program that put John Glenn into space.

As the three took the stage for a Q&A following the screening, Henson was fighting back tears, exclaiming “It’s so important.’’

“If I had known about these women coming up, maybe I would have aspired to be a rocket scientist,’’ the “Empire’’ star said. “Not to say that I have a bad journey. Let me clear that up. But nowadays, this is all that kids of color feel like they have: sports, rap, acting. And there’s so much more work to be done.’’

Directed by Theodore Melfi (“St. Vincent’’) and based on the book by Margot Lee Shetterly, “Hidden Figures’’ is to open in theaters Jan. 13. But many expect the film - comic and crowd-pleasing from the looks of the footage - will first play in December in order to make a late awards push.

Williams said he and “my brother,’’ co-composer Hans Zimmer, are working on score: “I dare say it’s revolutionary,’’ claimed Williams.

He and the cast, however, were certain that “Hidden Figures’’ will prove a timely movie and one that inspires many that they have the Right Stuff. “No women, not black or white, were mentioned in ‘Apollo 13’ or all of these other movies,’’ said Spencer.

“I just see them as heroes,’’ said Monae. AP