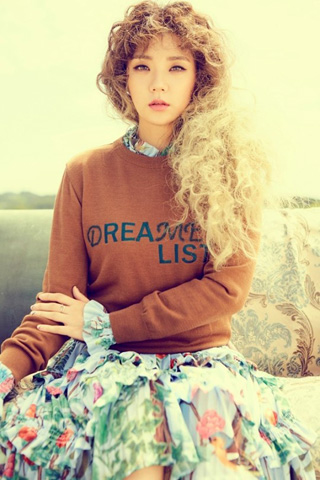 Kim held a press conference where she answering questions about her new release, during the singer’s official showcase for her debut single on Monday at the Shinhan FAN Square in Mapo District, Seoul.

Kim previously considerable attracted attention when she was revealed to be actor Kim Soo-hyun’s half-sister.

Regarding the issue, the singer said, “It’s still a very sensitive topic for me. When I first heard the news that an article was written about my family, it made me think about how I wanted to succeed on my own without relying on my brother’s popularity. I also thought about how I didn’t want to be his embarrassing little sister.”

She added, “I debuted as a solo artist and am trying to develop myself more every day. I know I can’t remove my association to my brother, but I still want to be known as a hardworking singer.”

Her track “Summer Dream” is a pop-R&B song with soft-rock elements. It was produced by singer Ryu Jae-hyun of the R&B group Vibe.