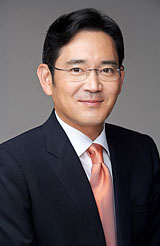 Samsung Electronics Vice Chairman Lee Jae-yong will become a member of the board, its board of directors agreed on Monday.

The directors also green lit the plan to sell Samsung’s printing business to HP for $1.05 billion.

Becoming a board member means the executive must take legal responsibility proportionate to the stake he owns in the corporation and disclose his or her annual salary.

Despite being an heir-apparent to Korea’s top conglomerate as son of the now bed-ridden Samsung Chairman Lee Kun-hee, Jae-yong has not been one of the board members in the tech giant.

He was promoted to vice chairman from chief operating officer position in 2012.

Samsung said Lee’s appointment is in order to step up his responsibility as a top manager of the company, which is going through one of the biggest crises in the wake of a series of problems the Galaxy Note7 phablet has caused.

The general meeting of its shareholders, scheduled on Oct. 27, will make a final decision regarding Lee’s appointment.

“More than two years after the hospitalization of Chairman Kun-Hee Lee,” Samsung said in a statement, “the board of Samsung Electronics believes that the time is now right to nominate Lee Jae-yong as a member of the board to allow him to take a more active role in the company’s strategic decision-making.”

The company further noted that strategic decision-making on the back of long-term perspective to beef up competitiveness, such as bold and swift investment and securing of mid- and long-term growth drivers, has become ever more crucial in the rapidly changing IT industry environment.