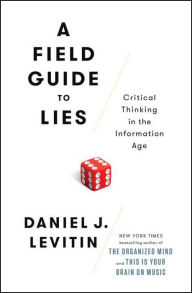 A Field Guide to Lies: Critical Thinking in the Information Age

From The New York Times bestselling author of “The Organized Mind” and “This is Your Brain on Music,” a primer to the critical thinking that is more necessary now than ever.

We are bombarded with more information each day than our brains can process - especially in election season. It’s raining bad data, half-truths and outright lies. Daniel J. Levitin shows how to recognize misleading announcements, statistics, graphs and written reports revealing how liars can use them.

It’s becoming harder to separate the wheat from the digital chaff. How do we distinguish misinformation, pseudo-facts, distortions, and outright lies from reliable information? Levitin groups his field guide into two categories - statistical infomation and faulty arguments - ultimately showing how science is the bedrock of critical thinking. Infoliteracy means understanding that there are hierarchies of source quality and bias that variously distort our information feeds via every media channel, including social media. We may expect newspapers, bloggers, the government and Wikipedia to be factually and logically correct, but they so often aren’t. We need to think critically about the words and numbers we encounter if we want to be successful at work, at play and in making the most of our lives. This means checking the plausibility and reasoning - not passively accepting information, repeating it, and making decisions based on it. Readers learn to avoid the extremes of passive gullibility and cynical rejection. Levitin’s charming, entertaining, accessible guide can help anyone wake up to a whole lot of things that aren’t so. And catch some lying weasels in their tracks! 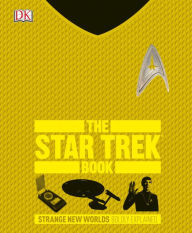 Celebrate 50 years of one of the longest running and beloved sci-fi franchises with The Star Trek Book. This comprehensive guide to the series delves into the myriad worlds and different dimensions visited by the crew of the U.S.S. Enterprise.

Discover the amazing science of Star Trek and how it has influenced real-world technology such as flip phones. Featuring informative and analytical text combined with exciting photography and infographics throughout, The Star Trek Book is broken down into main categories such as science and technology, Starfleet, allies and enemies, and more.

Perfect for fans of the various Star Trek TV series, including The Next Generation, Deep Space Nine, Voyager and Enterprise, The Star Trek Book details everything you need to know about 50 years of excitement and adventure on the final frontier. 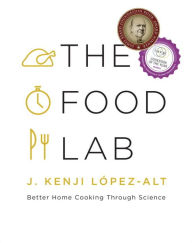 The New York Times bestselling winner of the 2016 James Beard Award for General Cooking and the IACP Cookbook of the Year Award.

A grand tour of the science of cooking explored through popular American dishes, illustrated in full color.

Ever wondered how to pan-fry a steak with a charred crust and an interior that’s perfectly medium-rare from edge to edge when you cut into it? How to make homemade mac n’ cheese that is as satisfyingly gooey and velvety-smooth as the blue box stuff, but far tastier? How to roast a succulent, moist turkey (forget about brining!) - and use a foolproof method that works every time?

As Serious Eats’s culinary nerd-in-residence, J. Kenji Lopez-Alt has pondered all these questions and more. In The Food Lab, Kenji focuses on the science behind beloved American dishes, delving into the interactions between heat, energy, and molecules that create great food. Kenji shows that often, conventional methods don’t work that well, and home cooks can achieve far better results using new - but simple - techniques. In hundreds of easy-to-make recipes with over 1,000 full-color images, you will find out how to make foolproof Hollandaise sauce in just two minutes, how to transform one simple tomato sauce into a half dozen dishes, how to make the crispiest, creamiest potato casserole ever conceived, and much more.